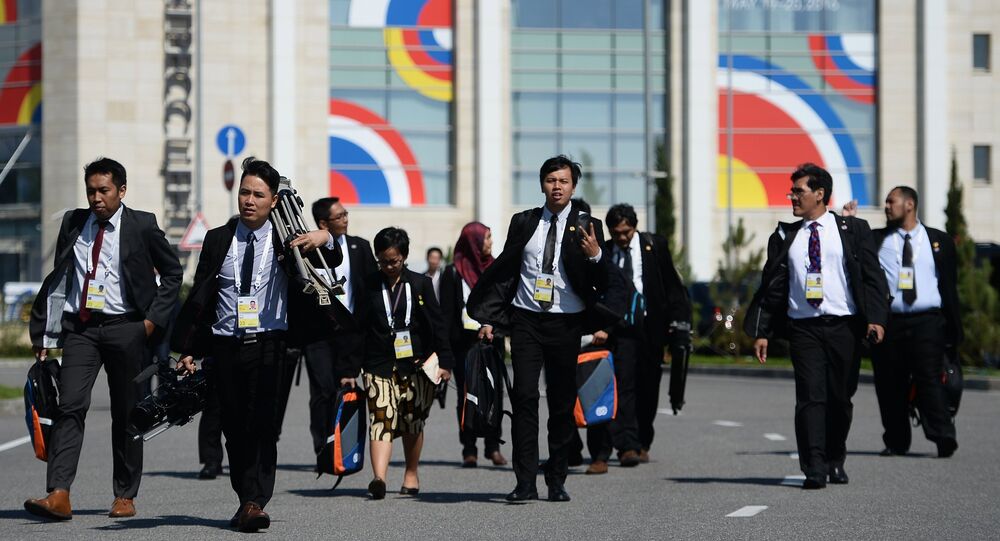 The creation of a free trade zone to include all the member countries of the Association of Southeast Asian Nations and the Eurasian Economic Union is quite possible and a preferred initiative, Russian Economic Development Minister Alexei Ulyukayev said Friday.

SOCHI (Sputnik) — Leaders of the countries participating in the Association of South-East Nations (ASEAN) have gathered in the Russian Black Sea resort of Sochi to take part in the Russia-ASEAN summit.

“I think that the variant of a free trade zone that would cover all the members from the EEU and ASEAN is a possible format and it might even be better to say that it’s a preferred format,” Ulyukayev said during a briefing at the ASEAN summit in Sochi.

Earlier on Thurdsay, ASEAN Secretary-General Le Luong Minh told Sputnik that ASEAN and the EEU have a potential for cooperation as they share same goals, including increasing connectivity and integration.

The summit is held under the slogan "Towards Strategic Partnership for the Sake of the Common Good" and is devoted to the 20th anniversary of the partnership between the association and Russia.

U-Turn to the East: Why ASEAN is of Particular Interest to Russia

SCO Seeking to Boost Cooperation With ASEAN in Fight Against Terrorism

Russia, ASEAN Can Benefit From Cooperation in Transport, Energy Areas