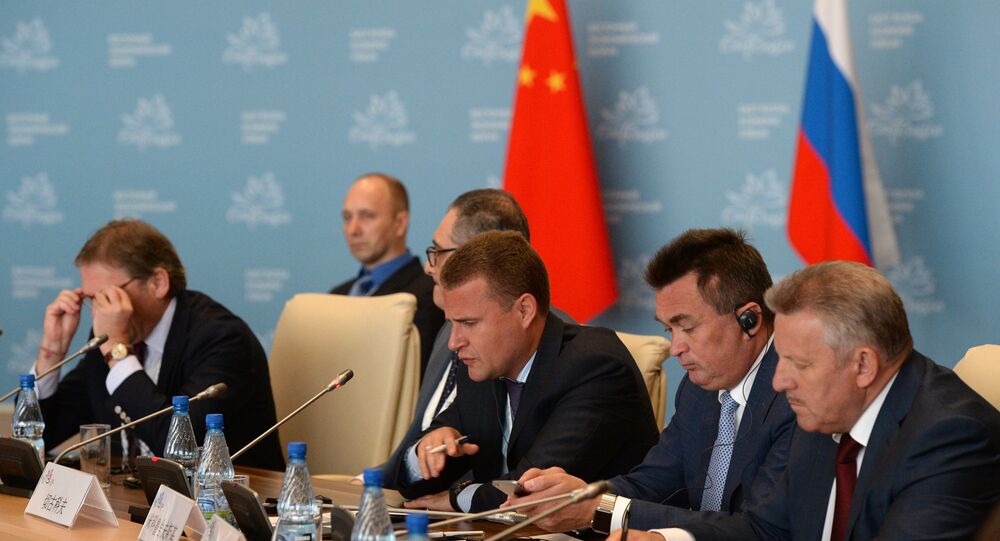 "No less than 150,000 Chinese companies are supposed to enter the Russian market within the next few years. This is the result expected by the forum organizers," Titov said.

The second Russian-Chinese business forum is due to take place in the southern Russian city of Sochi on May 30-31. The event, which is being organized with the support of the Russian Economic Development Ministry, will be attended by over 800 business representatives from both countries, as well as Chinese Vice Premier Zhang Gaoli and Russian Deputy Prime Minister Arkady Dvorkovich, among other officials.

Twitter / GazaReports
China to Build Almost 460-Miles Gas Pipeline For Supplies From Russia
Chinese investors are interested in entering various sectors of the Russia markets, including agriculture, energy, machine building, car and electronic equipment component manufacturing, Titov outlined, adding that the forum is organized by the Sino-Russian Committee for Friendship, Peace and Development.

Titov, who is the Russian chair of the committee, stressed that medium and small business cooperation is a good platform for strengthening ties between the two countries.

"Small and medium businesses are by their nature the most social, and their contacts greatly enhance the development of popular diplomacy," he said, noting that a joint online e-commerce platform for businesses from the two countries would be discussed in Sochi.

The first Russian-Chinese platform for online trading opened in China in February. The platform will provide an opportunity for Russian manufacturers to directly offer Chinese consumers a variety of goods, including metal products, machinery, food and fur, among others.

The last Russian-Chinese business forum took place in Beijing, in April, 2015. The event was attended by Dvorkovich, who used his address to welcome the establishment of China's Silk Road Economic Belt aimed at integrating trade and investment in Eurasia.