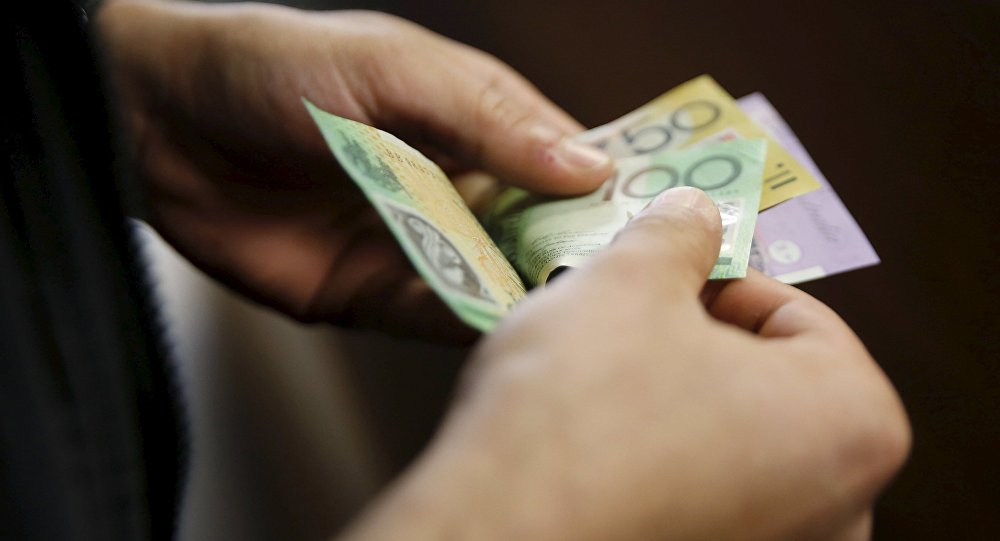 Australia's Reserve Bank surprised market participants by almost ruling out any large-scale loosening of monetary conditions, as the nation's economy has become more resilient to the challenges it is facing amid the recovery in commodity prices, resulting in the strengthening of the Aussie dollar and signaling a possible end to the "currency wars."

Kristian Rouz — After the Reserve Bank of Australia (RBA) cut its cash rate by 0.25% to 1.75%, its lowest-ever rate, following their May policy meeting, the minutes of the meeting surprisingly revealed the regulator's hawkish stance on broader monetary policy: a market-anticipated cut in base interest rates is unlikely to happen anytime soon.

The Australian policymakers' stance, which instantly resulted in the US dollar losing value against a basket of its peers, might indicate an end to, or at least, a reasonably lengthy break in, the global "war" of currency devaluations. These emerged in commodity-based economies since 2013, and became prominent during the oil bust of late 2014-2015. As raw material prices recover, commodity exporters, including Australia, can afford tougher monetary policies, resulting in a fragile stabilization in global currency trading.

© AP Photo / Richard Drew
Global Banks Struggle Amid Credit Squeeze, Rising Bad Loans
The Reserve Bank of Australia (RBA) released its May policy meeting minutes on Tuesday, indicating that a base interest rate cut, previously expected in May, would probably be delayed or ruled out. The release resulted in the Aussie dollar FX rate rising by 0.8% against the US dollar, to USD 0.7355, according to Bloomberg data. The 52-week range for the Aussie dollar against its US counterpart is $0.6827-$0.8052. Given that commodities have steadily appreciated in the recent months, driven by the gains in oil prices, the Aussie dollar might post further gains, particularly now that the RBA can afford tighter monetary policies amidst the rebound in the export revenues of Australian miners.

"The fact that they discussed waiting for more info before cutting in May suggests there is a very low chance of an early follow up, and the chance (of a rate cut) in August should be reduced," Shinichi Kashiwagi of the Tokyo branch of National Australia Bank said.

The RBA said they would wait for more macro data before implementing any further policy easing, meaning that should the performance of the Australian economy improve, the regulator will stick with tighter monetary conditions.

RBA board "members discussed the merits of adjusting policy at this meeting or awaiting further information before acting," the minutes read.

Market participants downgraded their June rate cut expectations to a 25% chance following the release of the RBA minutes. Still, further cuts in cash rates are expected, to a yearly average of 1.37% from the current 1.75%. However, the open market is also prone to adjust its expectation to the changing macro outlook, therefore, RBA policy expectations and decisions are heavily dependent on raw material price dynamics.

Australia's unemployment is at a two-and-a-half-year low, while consumer sentiment is at its 2014 high. Meanwhile, the RBA policies are not as loose as those in Japan and the Eurozone, with base interest rates far above zero, and no asset-purchasing programs intact. That means the regulator has plenty of room to maneuver, but even so, the RBA would rather normalize monetary conditions at its first opportunity; in this case, this was the rebound in commodities.

"The RBA's not mechanical, we know that, but we struggle to see how they can make the case to be reactive at this stage of the cycle when clearly the May decision was at least partial recognition that they may have been behind the curve," Michael Turner of Royal Bank of Canada said. "Underlying inflation's obviously very important for them and that's clearly fallen below where they thought it would be, so we think that warrants more than just a modest tinkering and we think that the case is there for June." 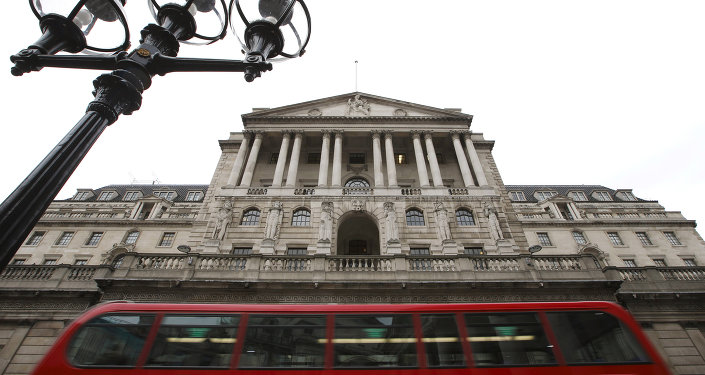 © AFP 2019 /
'Brexit' Risk Paralyzing Bank of England Decision-Making
It was inferred from the minutes that RBA is likely to discuss further policy steps no earlier than in August, as its overall growth outlook remained unchanged, while labor market has been posting positive dynamics for several months straight. Low inflation is still a concern; however, strengthening consumer confidence is expected to push spending higher, driving core price index up.

The RBA minutes also suggested that the regulator has taken a more aggressive stance on addressing possible negative developments in the macro situation. That said, a set of macro data for May will be crucial in determining whether a June policy meeting should happen, and it would in the event that any sign of disappointment resurfaces in the data. However, dramatic shifts in policy, such as moves in base interest rates, are unlikely in both June (if the meeting happens) and August. The RBA might further trim the cash rate to boost consumption and inflation, leaving the overall monetary environment as is.

Nowhere to Go but Up: Russian Markets Post Profits Amid Oil Recovery