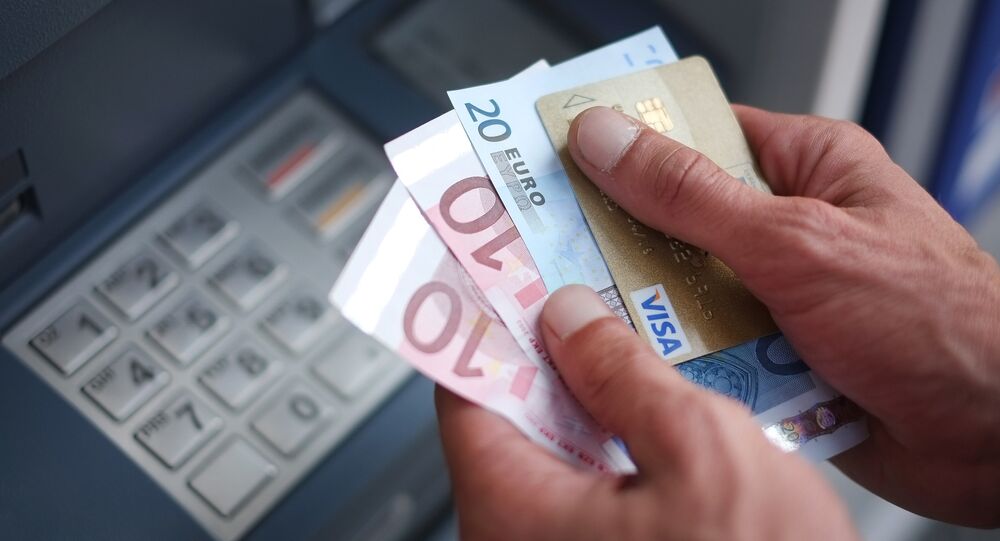 ROME (Sputnik) — Italy's public debt increased by 14 billion euros in March, according to the bank's Statistical Bulletin. The previous record was set in May 2015 when it reached 2,219 trillion euros.

© Sputnik / Alexander Vilf
Italian Government Debt Exceeds 135 Percent of GDP – Eurostat
The debt increased primarily due to the growth of state administration expenditure, rather than due to increased spending by regional and local authorities, the bank noted.

Italy, along with several Southern European countries such as Portugal, Spain and Greece, was hit by the aftereffects of the 2007-2008 economic crisis, with its overall national debt estimated at some 130 percent of the country’s GDP in recent years, which comes only after Greece with its 175 percent, in the Eurozone.

Earlier this year, the EU statistical agency Eurostat said that Italy's national debt amounted to 132.7 percent of GDP at the end of 2015.