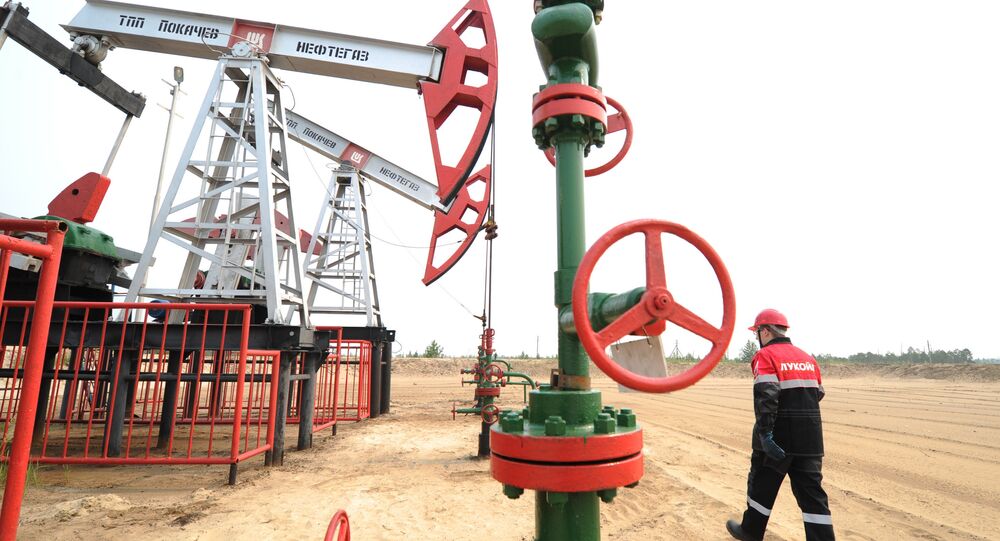 Prices for natural gas will rise by the end of the year due to increasing industrial demand among other factors, US Energy Information Administration (EIA) administrator Adam Sieminski told Sputnik.

WASHINGTON (Sputnik) — Global oil prices plunged from $115 to less than $30 per barrel between June 2014 and January 2016, hitting their lowest levels since 2003 amid an ongoing glut in global oil supply. The prices have since recovered to around $40-45 per barrel for the Brent crude benchmark.

Sieminski also said that there will be liquefied natural gas (LNG) demand as LNG facilities come on line and the United States is selling more and more gas to Mexico.

"So, we think that supply and demand for gas is rebalancing and we’ll see somewhat higher prices, still below where they were five or ten years ago, but rising from here," Sieminski added.

According to the administartor, oil prices will reach some $50 by the end of 2016.

"We have oil going into next year at roughly $50 a barrel, it’s $45 and something today," Sieminski stated on Wednesday.

© Sputnik / Vladimir Astapkovich
Former Russian Deputy Prime Minister Igor Sechin Predicts OPEC’s Death
On Tuesday, the EIA noted in its Short-Term Energy Outlook report that the average price for Brent Crude oil in 2016 will amount to $40.52 per barrel, while the expected average price for West Texas Intermediate (WTI) oil is $40.32 per barrel.

Oil prices have plunged more than 60 percent from their peak of over $110 a barrel in June 2014 because of global oil production outpacing global demand.

In April, the Organization of the Petroleum Exporting Countries (OPEC) and major non-OPEC oil producers failed to agree on freezing oil output at the January levels to shore up prices after Saudi Arabia backed out of a deal, insisting that Iran should be part of any production cuts.

Wind of Change: Saudi Arabia Prepares for the End of 'The Oil Age'