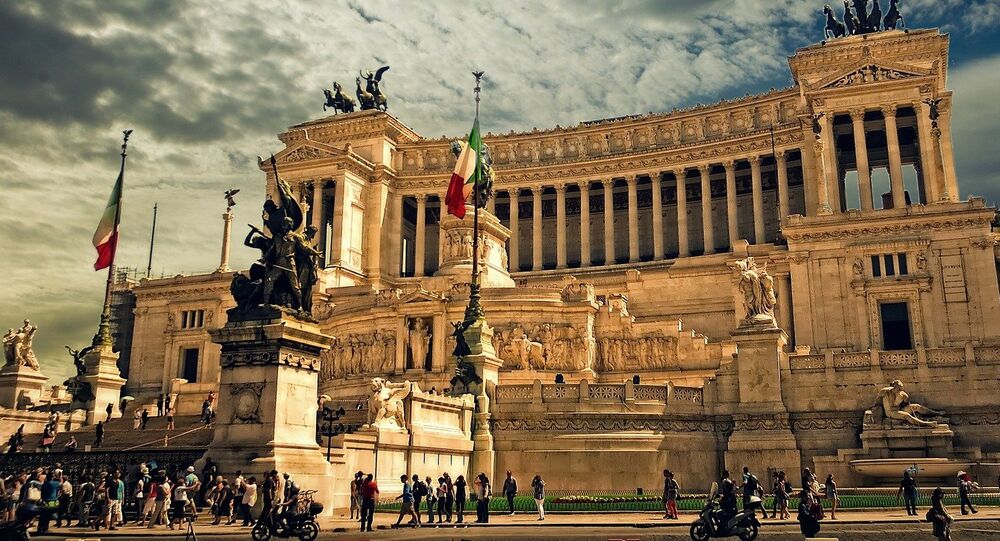 Move Over! Migrants' Firms in Italy Forcing Local Companies Out of Market

The number of firms, whose owners are not Italian citizens, has increased by 21.3% since 2011, while the number of companies run by Italians has decreased by 2.6%, according to a report by the Moressa Leone Foundation (Fondazione Leone Moressa).

© AP Photo / Santi Palacios
Refugee Invasion? Over 100,000 Migrants Arrive in Greece, Italy in Under Two Months
Enterprises in the sphere of services, trade and construction were most affected. In general, the net production of foreigners' companies in Italy amounted to 96 billion euros, or to 6.7% of the overall net production in the country.

Despite the impressive numbers, experts believe that the companies of non-Italians competed with Italian companies in the service sector only. Moreover, one third of all firms owned by foreigners are agricultural enterprises. For comparison, the share of innovative start-ups established by migrants was only 2.1% of the total number in Italy.

"Entrepreneurship is one of the areas in which the contribution of migrants to the national system is seen most clearly," experts from the Fund Moressa Leone wrote in the report. "The data shows the growing role of foreign entrepreneurs: in all regions of the country and in all areas. Such situation, if you use it correctly, can increase the number of jobs, contribute to the emergence of new services and the development of trade relations with the countries where these entrepreneurs come from."

From a total of nearly 6 million of Italian companies, over 550,000, or 9.1%, were owned by foreign nationals. More than half of these companies were registered in the north parts of the country, in the regions of Lombardia, Lazio and Emilia Romagna, which historically has been more advanced and secure.