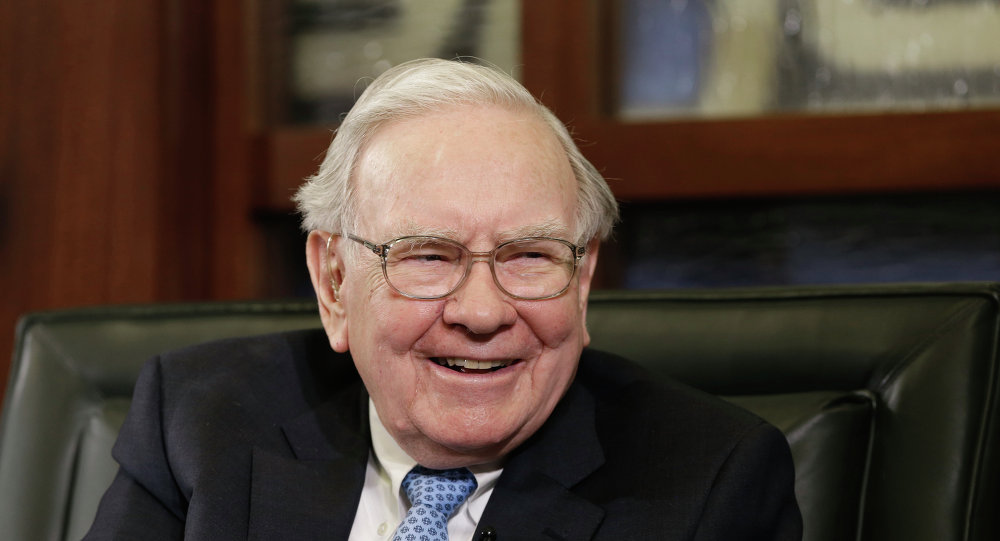 Billionaire Warren Buffett, chairman and CEO of Berkshire Hathaway, said before the company's annual shareholders' meeting that he was still optimistic about China's economic development, and believed China's economic transition will be successful, the Sina Finance reported.

© AFP 2019 / LAURENT FIEVET
Chinese Economy to Grow by 32% in Next Five Years
Although China's economic slowdown and fluctuation in stock market has spooked global investors, when talking about the prospect of China's economy, Buffett said in an exclusive interview with Sina Finance that he had confidence in the country and believed that China's development will be better over time.

Buffett has been interviewed by Sina Finance for fourth consecutive year, and his positive views have never changed.

Recently, George Soros, who founded Soros Fund Management and is now chairman of the New York-based firm, warned that a surge in China's debt is bringing the world's second-largest economy to the brink of a financial crisis similar to the one the US faced in 2007-08.

When asked whether he was concerned about China's credit growth, Buffett said, "Obviously, Soros is worried more than me."

© REUTERS / David Gray/Files
'Shadow CIA' Predicts: EU Likely to Recognize China’s Market Economy Status by 2017
China is deepening economic reforms and facing downward pressure during economic transition. When asked whether he had any advice on China's economic reform, Buffett said with good humor that he believed Chinese government knew more than him.

The annual shareholders' meeting, often known as Woodstock for Capitalists, was held at the CenturyLink Center in downtown Omaha in Nebraska. It was live-streamed to the public on Saturday for the first time in Berkshire's history and it was also translated into Mandarin in real-time, indicating the company's increasing interest in China.