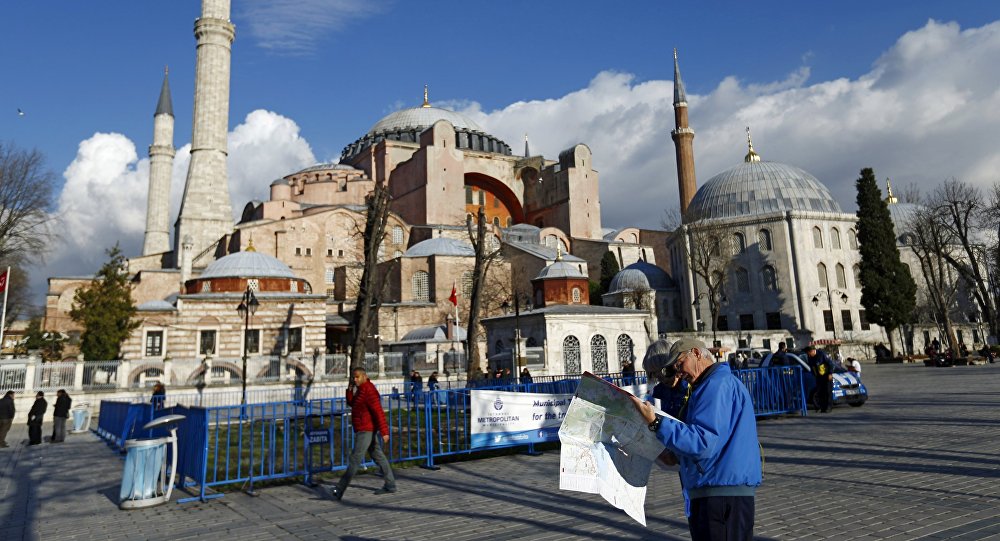 The number of Russian tourists going to Turkey for holidays during the first quarter of 2016 decreased tenfold in comparison with the same period last year, according to Chetin Osman Budak, the deputy head of Turkey’s Republican People’s Party.

The relations between Russia and Turkey deteriorated after the Turkish Air Force shot down a Russian Su-24 bomber over Syria on November 24, 2015. Russian President Vladimir Putin described the act as the "stab in the back" and ordered the Russian government to impose a number of retaliatory measures against Turkey.

"Over the first four months of last year, 126,690 Russian tourists visited Turkey, and this year — only 12,039 people," Budak said, according to the TV Channel NTV.

© Sputnik / Vladimir Vyatkin
Ankara's Four Mistakes That Killed Turkey’s Tourism Sector
Ankara's aggressive policies are not only pushing away Russian tourists, but also holiday goers from other countries. Earlier the Turkish Ministry of Tourism reported that over the first quarter of 2016, the number of foreign tourists going to Turkey decreased by over 10 percent.

Revenues from tourism fell by 16.5 percent. Such a sharp drop in Turkey's tourist industry is a record in the last 10 years.

Tourism accounts for 4.5 percent of Turkey's GDP and plays an important role in reducing the government's deficit.

Worse Than Expected: Turkish Tourism in Tatters Due to Security Concerns