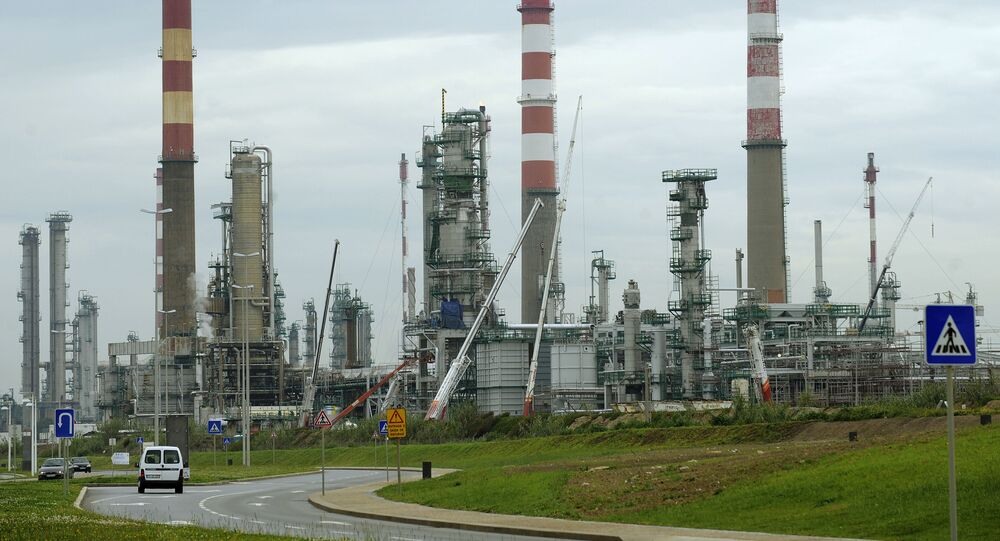 "The United States is in an exciting beginning as transformation as an exporter. We had exports to Brazil and to Portugal. We are going to continue to see a rapid expansion of exports around the world," Hochstein said. "The market will determine where those exports go… There will be a continued increase in exports from the United States."

On Wednesday, a spokesman for Portuguese energy company Galp Energia confirmed to Sputnik that the first US cargo ship carrying LNG had arrived in Portugal.

"I am very excited specifically about the cargo to Portugal," Hochstein noted. "I think it’s the beginning of an exciting era in American supplies of LNG into Europe that will help diversify the supply system in Eastern Europe in particular. And that’s a good thing for everybody involved."

In February, US company Cheniere Energy announced the departure of the first LNG cargo from its Sabine Pass liquefaction project in Cameron Parish in Louisiana to Brazil.

© AP Photo / Koji Sasahara, File
In Saudi Footsteps? US LNG in Europe May Push Russia to Produce Gas at Full Blast
Washington has long been arguing in favor of LNG exports to Europe, claiming it will help European allies decrease dependence on energy imports from Russia. The cost of shipping natural gas from the United States to Europe remains high and requires sizable infrastructure investments.

"There are more requests for approvals in line at the Department of Energy and at FERC [the Federal Energy Regulatory Commission], and we are still dealing with those on a case by case basis, so we could see more," he said.