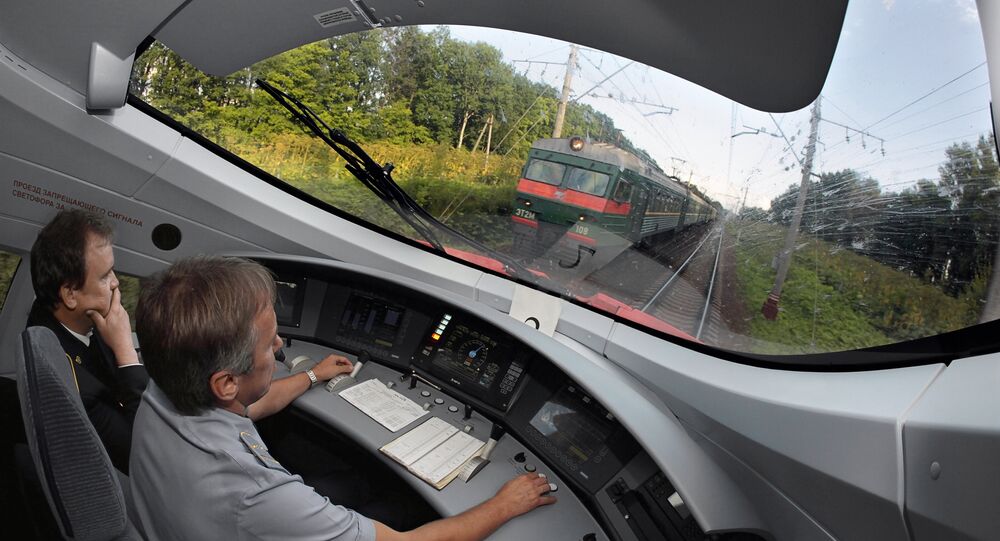 In late March, Russian Deputy Prime Minister Arkady Dvorkovich attended the Boao Forum for Asia (BFA), where he invited Chinese business to take part in the implementation of high-speed rail projects in Russia, including the Moscow–Kazan railway and a high-speed railway between Samara and Tolyatti.

© Photo : YouTube/Sputnik
'Let’s Go!': Space Train Hits the Rails in Moscow
The project will be implemented as a public-private partnership through a concession, while the key points of the concession agreement are set to be agreed on by the end of the year.

As part of the agreement, China will also provide 53 billion rubles in equity financing, the statement added.

Moscow–Kazan High-Speed Rail Project was first proposed by Misharin in 2009, arguing that the project will spur innovation and increase population mobility. In 2013, Russian President Vladimir Putin announced the decision to go ahead with the project. China expressed initial interest in 2014, proposing for the project to become the initial stage of connecting Moscow and Beijing, with a view of extending it further into Europe, eventually reaching London.