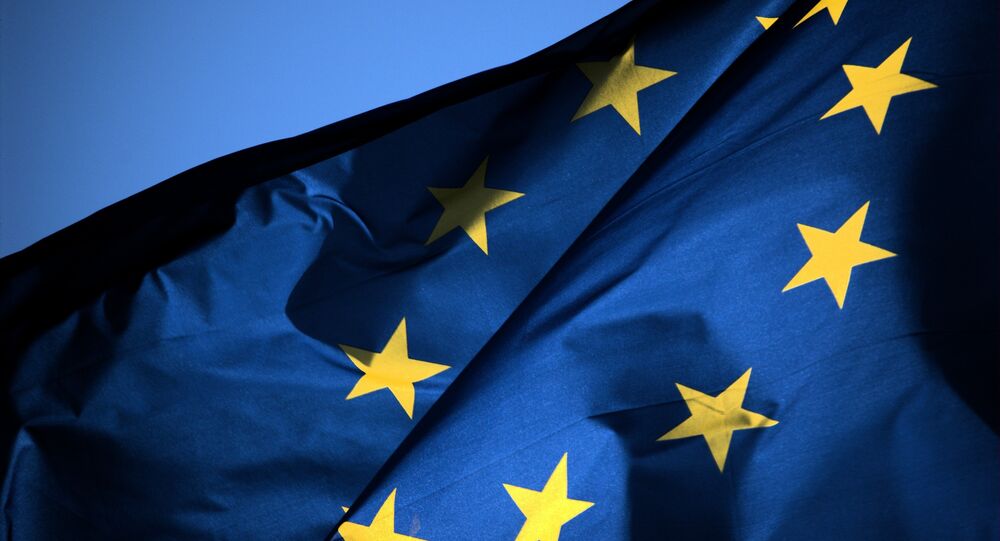 The Eurozone outperformed the UK and the US in terms of Q1 economic expansion, driven by substantial gains in consumption and investment in France and solid macro fundamentals in Spain, while the German powerhouse economy failed to contribute the greatest to the bloc's growth.

Kristian Rouz — Economic expansion in the Eurozone in Q1 beat previous estimates, adding 0.6% quarter-on-quarter according to preliminary data released by the Eurostat. However, the common currency area slipped into disinflation in April, marring growth outlooks into the second quarter and putting an additional pressure on the European Central Bank (ECB) to add more stimulus in order to achieve its target inflation of 2%.

The broader Eurozone expansion was surprisingly driven by gains in France and Spain, whilst the German powerhouse disappointed with its export-driven economy slowing amidst weak overseas demand. Economic growth in France rose to 0.5% from 0.3% in Q4 2015, surpassing the previous estimate of 0.4%, Eurostat reported on Friday. Spanish GDP rose 0.8% in Q1 after posting a similar pace of expansion the previous quarter without having slowed down as was expected previously.

"Euro-area GDP looks on course to surprise on the upside," Frederik Ducrozet of Geneva-based Banque Pictet & Cie said. "For the ECB, the message on this will be that everything they've put in place is helping the recovery and what is needed is more time for the impact to be seen."

Inflation figures provide an alarming picture, however. In April, annualized price growth sagged into the negative territory, at —0.2%, according to Eurostat, after zero gains the previous month. The issue is, disinflation typically hinders growth prospects for the broader economy, and whilst consumption is the main driver of the euro area economy, Q2 growth might be slower unless the ECB, led by president Mario Draghi, expands its already aggressive stimulus package.

"Draghi has to be on alert — despite the solid growth momentum, inflation is not picking up," Michael Schubert of Frankfurt-based Commerzbank AG said. "The ECB will have to do more in the future, an extension of QE being most likely, but for the time being we'll have to be patient."

© Sputnik / Ruslan Krivobok
BP Reports Surprise Q1 Profits Despite Cheap Oil
The ECB base interest rates are negative, meaning the regulator could trim borrowing costs deeper into the negative territory, resulting in greater volatility in financial markets. The ECB might also consider pumping more liquidity into the banking sector in order to boost lending across the common currency area, resulting in an even weaker euro, which could also support German exports and reflect positively on growth figures.

Energy prices dropped an annualized 8.6% in April, having dealt the greatest blow to prices in the Eurozone, while raw food prices gained 1.2%, providing a boost, yet an insufficient one, to overall inflation.

Inflation measures excluding food and energy stood at 0.8% year-on-year in April compared to 1% the previous month meaning that even an increase in global oil prices would be only a moderate relief to the inflation situation. Therefore, overall growth outlook is complicated in the near-term, and whilst the ECB might boost its stimulus to improve inflation performance, the potential spillovers, such as overheating segments of financial markets across the continent, might affect economic expansion.

"Growth is moderate but it's steady," Draghi said after the Governing Council meeting in Frankfurt earlier in April. "Now, as things are moderately improving, we've got to be very careful about not losing focus from our main objective, which is the return of inflation to our objective of a level close to but below 2 percent."

Last time, the ECB added monetary stimulus in March, resulting in improvements in economic growth. In France, consumer spending gained 1.2% in Q1, and private sector investment rose 1.6%, its largest in five years amidst an accelerated lending and the national government's fiscal stimulus. The authorities in Paris provided massive tax cuts amounting at 40 bln euros over the course of four years, as well as short-term tax breaks, helping growth.

The French economy might be on course to overtaking Germany as the Eurozone's main economic driver. Job market figures in France are also encouraging, with unemployment having dropped to its one-year lowest in March.

"This is solid growth," the French Finance Minister Michel Sapin said in a statement. "Output is increasing and translating into more jobs and a drop in unemployment."

The euro area outperformed other advanced economies in Q1, with the UK economy adding 0.4%, and the US having expanded 0.5% year-on-year. With more stimulus intact possibly next month, the Eurozone is poised for greater gains in its economy, yet, a coordinated fiscal stimulus in definitely lacking, being the main issue to the bloc's economic policies after all.