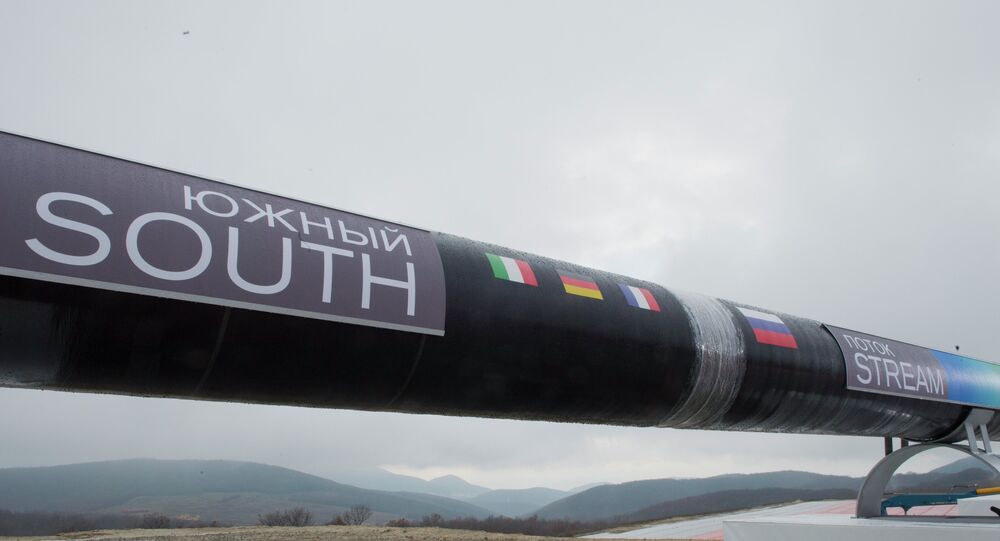 © Photo : https://twitter.com/Wintershall_com
Russia’s Gazprom Signs Advanced Oil Recovery Contract With Germany’s Wintershall
MOSCOW (Sputnik) — Saipem signed a contract with Gazprom in mid-2015 to build the sub-sea section of the South Stream gas pipeline that had been planned to supply Russian gas to southern Europe before the project was frozen by the European Union, forcing Gazprom to call off the deal.

The tribunal for international arbitration has been formed, Gazprom said, adding that Saipem had taken the dispute over alleged losses to the International Arbitration Chamber of Paris.

The South Stream was suspended by Bulgaria at the request of the European Commission in June 2014 as it was deemed non-compliant with the European Union's Third Energy Package, which prohibits companies from both owning the gas and operating the pipeline. Russian President Vladimir Putin officially canceled the project in December 2014.