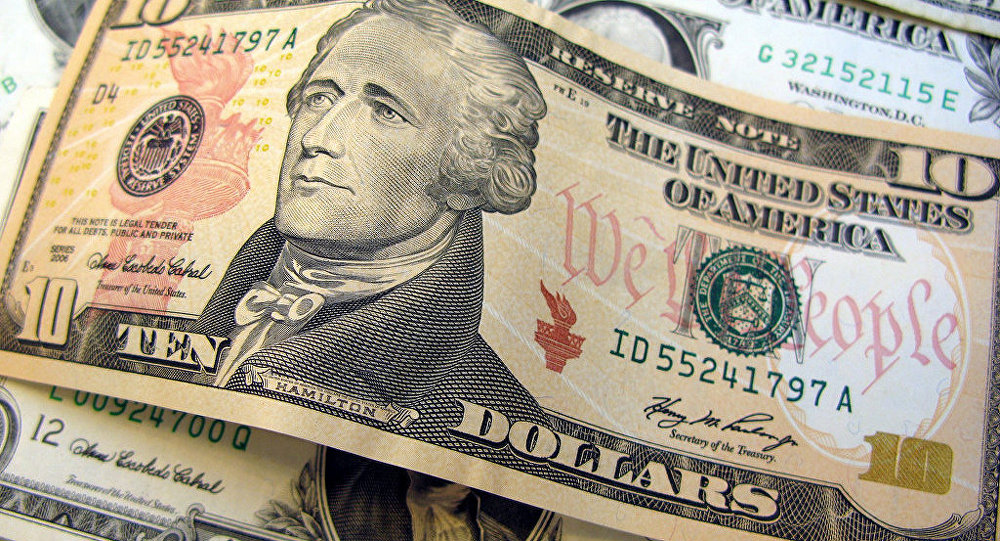 As the US dollar rallied during the past year and a half, global trade in currencies plunged, reflecting the patterns of trade in goods and services, demonstrating the spillovers of non-coordinated central banks' efforts to international transactions.

© AP Photo / Andrew Harnik
US Fed Eyes Rate Hike in June as Job Market Disappoints
According to data provided by the US-based international settlement company CLS Group, surveying over 90% of global trade in currencies, daily trade volumes shrunk to $4.69 trln per day in March from $5.15 trln a year ago. Meanwhile, a Bloomberg compilation of data by CME Group Inc., ICAP Plc, and Thomson Reuters Corp. showed that currency trading on these three major platforms dropped to $538 bln a day in March from roughly $669 bln in September 2014.

Select banks saw a decline in number of their clients involved in FX operations over the period of the past year and a half. The main reason is the dollar's dramatic appreciation stirring imbalances in global trade as the US currency has become too expensive for certain traders. Meanwhile, a wave of devaluations in the Eurozone, Japan and many emerging markets triggered massive changes in FX rates of their respective currencies against one another and against the dollar, resulting in declining predictability of currency trades. Subsequently, the global currency market has become a risky environment, negatively affecting trading volumes.

Among the most prominent examples of volatility in global FX rates are the South African rand's slump by 9% in January, the Kiwi dollar's crash in August, devaluations in oil-based currencies including the Norwegian krone, Russian ruble, Brazilian real and Canadian dollar. Meanwhile, the yen has appreciated against the dollar in recent months, jumping by an additional 2.6% on Thursday after the Bank of Japan's policy decision.

Such an environment is extremely discouraging for active participation as far as traders and investors are concerned.

"You tend to find volume dropping off if the market's very choppy. Banks don't have the capital to commit to warehouse (take on their balance sheet) risk anymore, so it's kind of pass the parcel. If there's a large trade that's gone through, they don't want to warehouse it and they'll pass it on, so you do get this gap risk," Mark Astley of Millennium Global Investments in London said.

According to CLS data, in February daily global trade totals dropped to $4.86 trln from $5.0 trln a year prior, whilst in January the total volume of international trade in currencies stood at $4.91 trln a day. 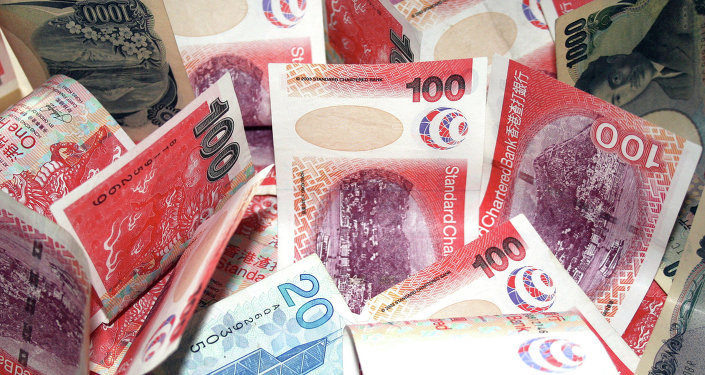 © Flickr / Holly Golabek
Bank of Japan Holds Negative Rates Steady Shocking Markets
Meanwhile, the Basel, Switzerland-based Bank of International Settlements (BIS) estimated global daily volume in currency trading at $5.3 trln per day in April 2013, up from $4 trln a day in 2010. BIS reviews the volumes of global currency trade once every three years, meaning their new report is to be released within a matter of days. Preliminary estimates based on CME, ICAP and Thomson Reuters dynamics in trade suggest that overall global volume shrunk to $4.9 trln in April this year, yet, the CLS Group's numbers ($4.69 trln) show the decline has been more dramatic.

Even so, trade in currencies is still the world's largest financial market, as it is instrumental in ensuring global trade in goods and services, which has also been increasingly disruptive recently amidst the dollar rally.

"When everybody hits pause and there's no more liquidity on either side, very, very small orders can take those markets down significantly. It's these type of movements that will ultimately happen more frequently as we go more into more electronic, more algo trading," Andy Maack of Malvern, Pennsylvania-based Vanguard Group Inc. said.

That said, the declines in available capital on all sides of international trade translates into declines in trade volumes, as, albeit the volumes of available monetary liquidity are adding, the value of currencies is still falling at a faster pace. Subsequently, as central banks across the globe continue their poorly-coordinated efforts to spur local economies, global trade is poised for greater disruptions and an overall decline in both volumes and profitability.