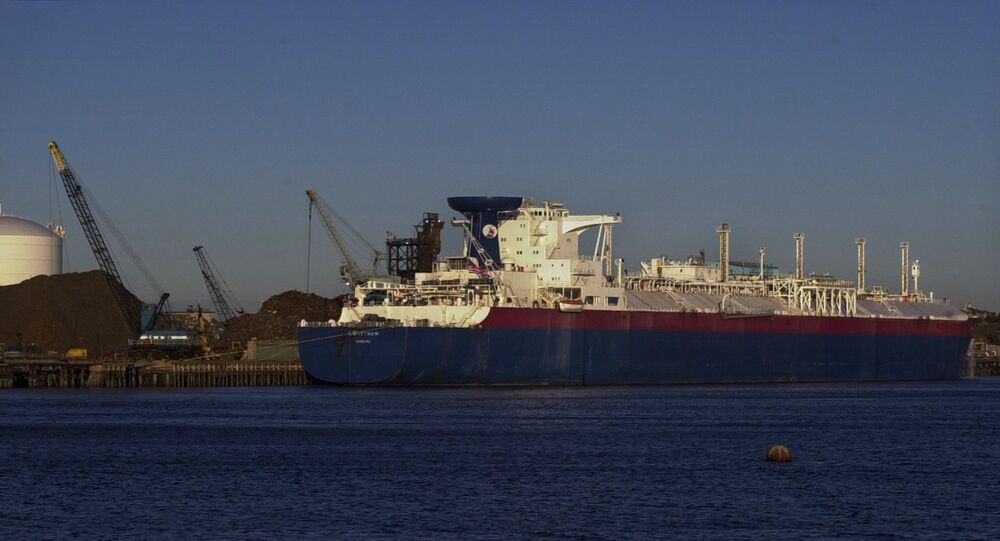 The first US liquefied natural gas delivery to the Europe is expected to arrive in Portugal Tuesday or early Wednesday, a spokesman for Portuguese energy Company Galp Energia told Sputnik.

© Sputnik / Mikhail Voskresenskiy
Portuguese Galp Energia Confirms Purchasing US LNG Transfer to Europe
MOSCOW (Sputnik) — On April 22, Galp Energia confirmed to Sputnik having purchased LNG cargo that is currently en route from the United States to Portugal. The US cargo ship was reportedly expected to reach the Portuguese Port of Sines on Tuesday.

“We still don’t know the exact time when the Creole Spirit will arrive. It may be at the end of today or really early tomorrow morning. I’m expecting that information any time,” Pedro Marques Pereira said.

The delivery will be enough to cover one week of Portugal’s domestic consumption, according to the spokesman.

“The amount of gas is about 1 Twh, which is equivalent to one percent of Galp’s yearly gas purchases. It amounts to about one week of Portugal’s domestic consumption, or two percent of the country’s total consumption last year, and will be used to serve the company’s Iberian clients,” he said.

Washington has long been arguing for the geopolitical importance of LNG exports to Europe, arguing it will help European allies decrease dependence on Russian energy imports. The cost of shipping natural gas from the United States to Europe remains high and requires sizable infrastructure investments.