From Under the Gun to Behind the Wheel: Syrian PM Welcomes AvtoVAZ 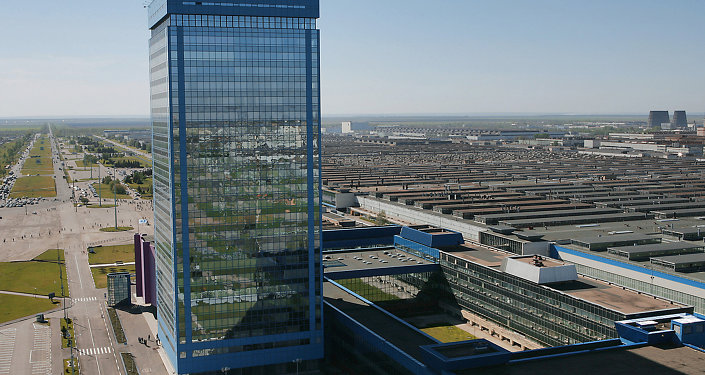 © RIA Novosti . Vladimir Rodionov
AvtoVaz Set for 20% Increase in Production of Cars for Renault, Nissan
DAMASCUS (Sputnik) – He told RIA Novosti that a Syrian-Iranian Siamco automaker delegation visited the AvtoVAZ headquarters earlier to discuss joint work on manufacturing the subcompact Lada Granta in Syria. The sides signed a cooperation protocol in 2011, which was postponed after a civil conflict erupted in the Arab republic that year.

"We see an opportunity to reactivate the subject of cooperation with AvtoVAZ and its entry into the market. We, the Ministry of Industry, are interested in industrial cooperation based on semi-knocked-down [SKD] assembly kit at the first stage, and then expand production based on the complete knock-down [CKD] kit," Halqi said.

The head of Syrian cabinet noted that "there is a need to feel the pulse of the market and to find marketing opportunities and the potential share of the market for Russian cars and their demand to determine the prospects of cooperation."

"This applies to the production of trucks, buses and agricultural equipment. We pay great attention to this in Syria, because these are vitally important projects that meet the need of the current period and the recovery period of the country," Halqi explained.

He outlined two levels of cooperation with AvtoVAZ, including exports to meet the needs of the Syrian freight transport and industrial cooperation markets, as well as discussions to create joint industrial centers in Syria.