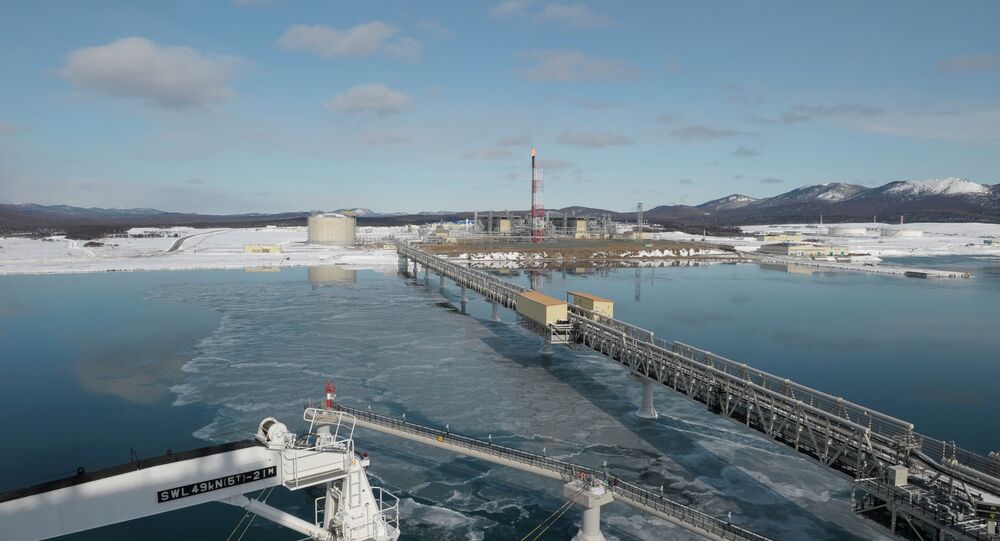 © AP Photo / Koji Sasahara, File
Russia’s Novatek Plans to Cover 7% of Global Market of LNG by 2025
MOSCOW (Sputnik) — Earlier in the day, it was revealed that the KPC was in talks with Russia's gas company Novatek about the deliveries of LNG from Russia to Kuwait.

"We are planning to purchase up to 1.5 million tonnes annually," Saleh told RIA Novosti, answering a question about Kuwaiti interest in Russian LNG.

At the moment, Novatek is implementing a number of LNG projects, including construction of an LNG production plant in the Yamal Peninsula, further to the east along the Russian Arctic coast, with another LNG factory to be constructed in the Gydan Peninsula.

The Yamal LNG gas project is one of the largest industrial undertakings in the Russian Arctic, expected to have an annual capacity of 16.5 million metric tons of gas.