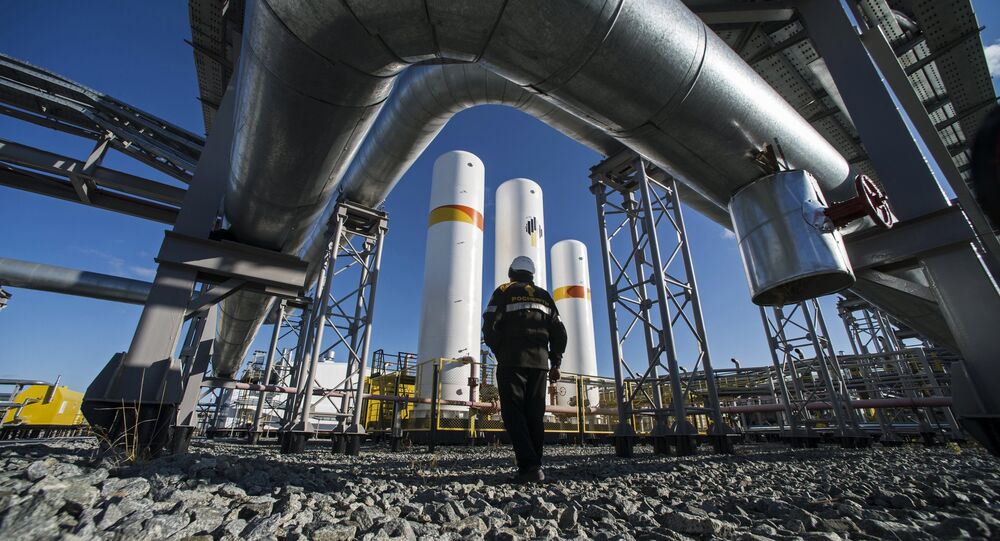 The balancing of global oil market without the agreement on freezing oil production levels will take place on the market basis and could be reached by mid-2017, Russian Energy Minister Alexander Novak said Sunday.

DOHA (Sputnik) — Oil-producing countries have not been able to agree on freezing oil production at January levels during the meeting in Doha.

"Without the agreement on freezing, which was proposed by countries, including OPEC members, our companies, our market and the world market in general will continue to even out, as it was in previous cycles," Novak told reporters.

The energy minister stated that Moscow had no plans to regulate oil production levels of Russian energy companies, allowing firms to make independent decisions based on the current market situation.

"Based on current trends, based on future growth of demand and supply, which is on the market, reduced investments, we proceeded from the fact that by mid-2017 the market has to be balanced," Novak added.

OPEC May Take All Necessary Measures to Support Oil Market

Oil Production at January Levels to Freeze Until October 1, 2016