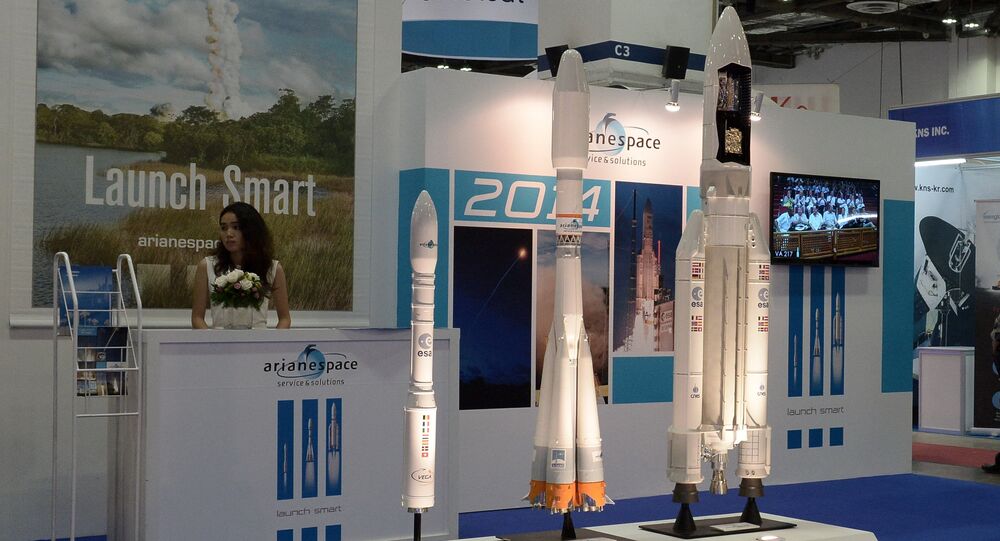 COLORADO SPRINGS (Sputnik), Liudmila Chernova – Relations between Russia and the European Union member states, including France, went downhill in 2014, when Brussels joined Washington in accusing Moscow of fueling the Ukrainian crisis and imposed several rounds of sanctions as a punitive measure.

"Today we are launching as we have in the past," Mowry said on the sidelines of the 32nd Space Symposium in Colorado Springs.

Mowry explained that the company is carrying out a number of missions using the Russian Soyuz spacecraft.

"We’ve been able to work as usual to have those launches go on time and in normal way," he said. "We are working with our partners both the satellite operators and the satellite manufacturers to obtain export licenses from the US authorities, and so far it’s been smooth."

In January, French Minister of Economy, Finance and Industry Emmanuel Macron said France hoped that the anti-Russia sanctions would be lifted this summer.