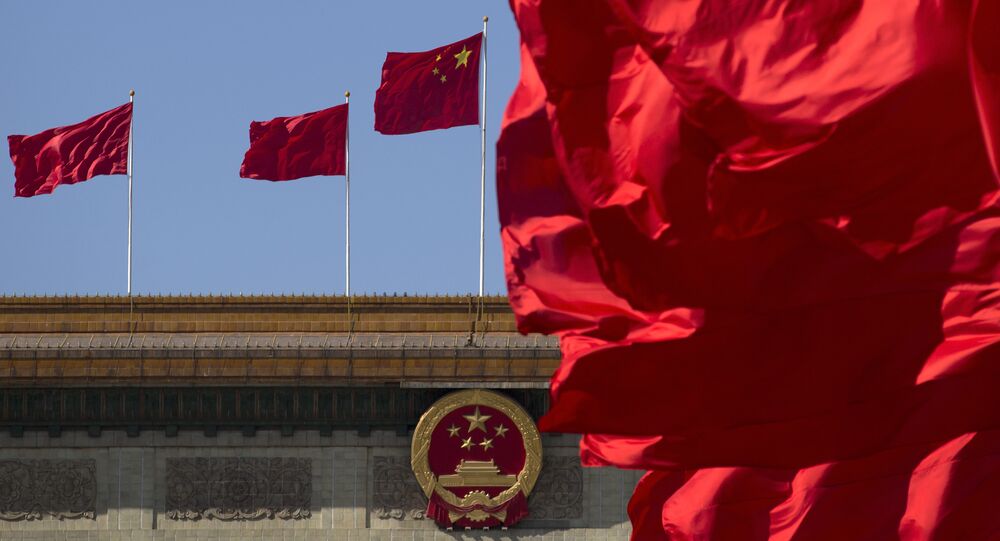 Growing Appetite: What’s Behind China Acquiring Companies Across the World

© AFP 2020 / LAURENT FIEVET
Chinese Economy to Grow by 32% in Next Five Years
In February, China outdid itself in Switzerland in its acquisition of overseas companies. China National Chemical Group bought Swiss company Syngenta, one of the world’s leading agrochemicals producer, for $43 billion.

Both deals have been approved by shareholders and will soon be closed. Like in the case of Syngenta, Hainan Airlines will pay more than its current price for each Gategroup share. The Chinese company will pay nearly $56 per share, valuing the Swiss company at about 20 percent more than Friday’s closing price.

Right after the deal was announced Syngenta shares jumped 15.5 percent, amid a drop in the main index of the Swiss Stock Exchange. According to Bloomberg, that was the biggest one-day gain in the company’s value since 2009.

© AFP 2020 / WANG ZHAO
Two Futures: China Buys Chemical Companies as US Bets on Market Bubbles
The string of deals is taking place amid growing concerns over China’s economic outlook. Western analysts say that growth will slow down and Beijing will not be able to avert a "hard landing."

At the same time, the rising number of acquisition deals by Chinese companies makes the negative outlooks unviable, Yakov Berger, an analyst at the Far East Institute of the Russian Academy of Sciences, told Sputnik.

"Of course, there will be no collapse in the Chinese economy until Beijing expands the foreign market for its goods and buys foreign companies. This means that China is set for stable growth. Chinese companies plan to buy foreign brands in all industries and invest their growing assets abroad," Berger said.

According to the expert, currently Beijing tries two combine two different strategies to maintain growth, in both the short-term and long-term. The purchase of global brands is part of the short-term strategy. The other strategy requires the creation of domestic brands.

"This process is difficult and long. Currently, China is developing this field and progress is already visible," Berger pointed out.

The strategy of purchasing global brands is aimed not only at expanding its access to markets. It is also a way for Chinese companies to gain access to modern technologies and research. In some cases, the strategy allows Western companies to enter the Chinese domestic market.

For example, after Haier bought the consumer electronics department from General Electric the company also gained access to the brand GE. After ChemChina purchased Syngenta it gained access to new technologies and scientific research. Recently, the Chinese investment giant Fosum International signed an agreement to purchase Israeli Dead Sea cosmetics company Ahava for $77 million. As a result, Ahava products will soon hit the shelves in China.