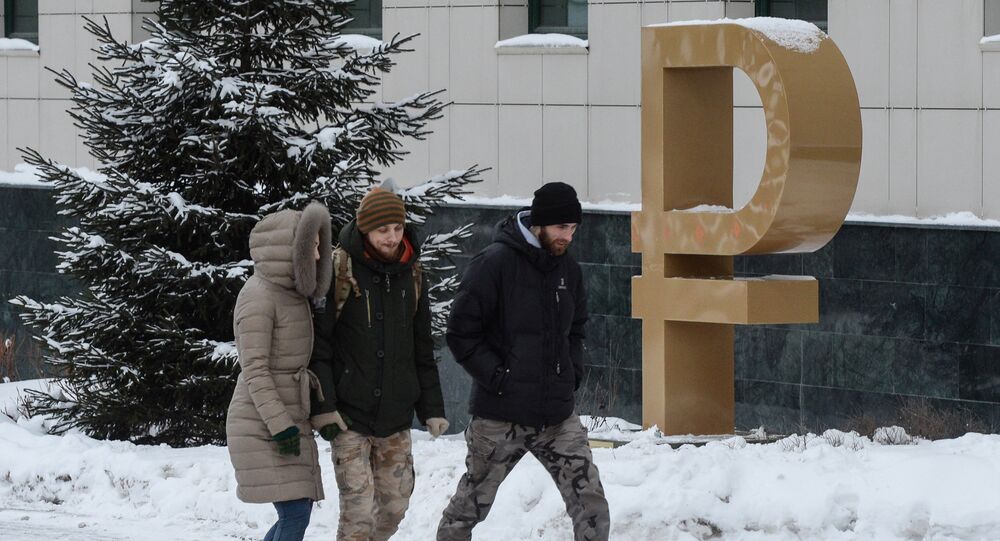 Russian Economy on Way Toward Stabilization – American Chamber of Commerce

The head of the American Chamber of Commerce (AmCham) in Russia said the country's economy had started to stabilize.

MOSCOW (Sputnik) — Russia's economy has managed to adapt to the difficult macroeconomic conditions, already showing the first signs of stabilization, Alexis Rodzianko, President and CEO of the American Chamber of Commerce (AmCham) in Russia, said.

"I think that stabilization has already begun to take shape. The ruble has been at a standstill for some time, or even strengthening. People are getting used to what is now called a 'new normality,' to the fact that now, in the new circumstances, it is necessary to readjust and move on," Rodzianko told RIA Novosti ahead of the InvestRos International Conference on Ensuring Growth in Investment in Russia.

The official claimed that he did not see any political actions which would signal alleviation of the sanctions "but on the other hand time is simply passing, and rethinking of whether anyone needs this or not is taking place."

© Sputnik / Alexei Druzhinin
Austrian President Speaks Out Against Anti-Russian Sanctions
In 2014, the European Union and the United States sanctioned Russia's key defense, energy and banking sectors following Crimea’s reunification with Russia and accused Moscow of fueling the armed conflict in eastern Ukraine. The Russian economy suffered a setback as the ruble lost about half of its value against the dollar amid low global oil prices and the sanctions.

Russia has repeatedly refuted all allegations, warning that the Western sanctions are counterproductive. In response to the restrictive measures imposed by the West, Russia announced a food embargo on products originating in states that introduced sanctions against it.

Russia needs better defined laws on the lease to turn this industry into a viable source of finance for small enterprises, the president of the American Chamber of Commerce in Russia said.

"We have been receiving complaints about law enforcement’s decisions on regulations in the leasing industry. This sphere is relatively new for Russia, though quite promising, and the laws on it are not clear enough."

"In any case, such practice increases risks and leads to price hikes that hurt small business, among others. That is why we are asking for clearer [lease] rules to avoid practices that incur higher risks," he said.

AmCham has a special leasing committee whose mission is to facilitate the development of the leasing industry in Russia by improving the legal environment for both Russian and foreign-based leasing through commenting on proposed legislation.