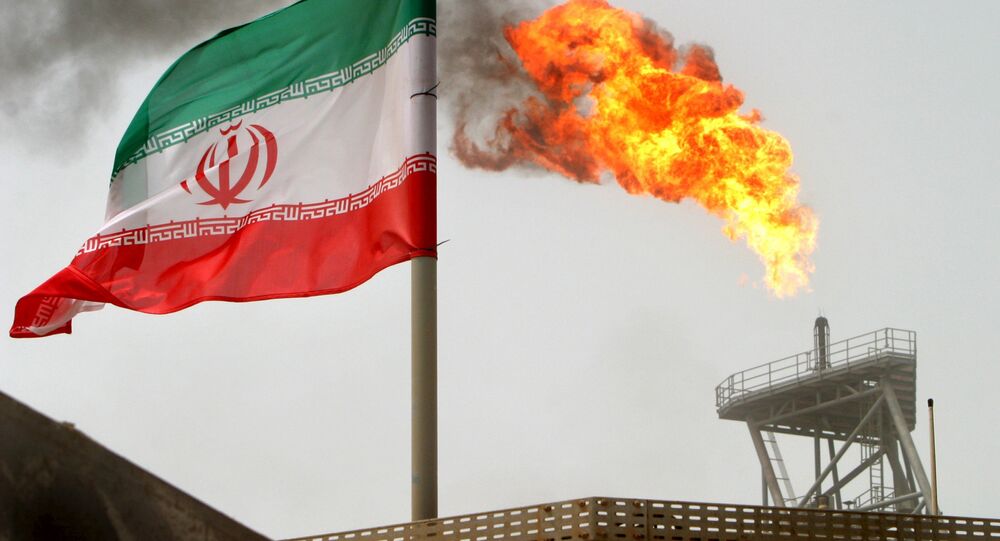 After the removal of sanctions Iranian oil revenue has increased by 90 percent, IRNA news agency reported.

© AP Photo / Vahid Salemi, File
Iran Must Return Place in Oil, Gas Markets
According to government statistical data, currently Iran is exporting 1.7 million barrels of crude a day, which would result in $21 billion a year at the current prices. Before the sanctions were lifted Iran’s annual oil revenues were around $12 billion.

The economic sanctions against Iran were lifted on January 16, by both the US and the European Union. The move came amid oversupply in the global oil market, with the Organization of the Petroleum Exporting Countries (OPEC) refusing to cut down its daily output.

After the sanctions were removed shipments of Iranian crude have resumed to Europe, including Greece, France and Spain. Before the sanctions 30 percent of Iranian-made oil was delivered to Europe. Currently, Iran ships over 500,000 barrels of crude a day to the European market.

"Prices will move back and forth this week on expectations for Doha. This morning it seems that speculation is being scaled back again," Commerzbank senior oil analyst Carsten Fritsch told Reuters.

According to Barclays’ analysts, the meeting in Doha will have a limited impact on the global crude market because a number of countries that can increase output are unlikely to agree on the cap.

"A production freeze at recent production levels would not accelerate the rebalancing of the oil market as OPEC (excluding Iran) and Russian production levels have this year remained close to our 2016 average annual forecast of 40.5 million bpd," Goldman Sachs experts said.

© CC BY 2.0 / Paul Lowry / Oil Pump Jack
Moscow Hopes Doha Meeting of World's Oil Producers Will Stabilize Prices
At the same time, BMO Capital Markets analysts revised their outlook for oil prices for 2016. They lowered their Brent and WTI forecasts to $41 and $38 a barrel respectively, down from the $45 and $41.5 previously estimated.

The meeting in Doha is expected to finalize the Doha deal reached by Russia, Saudi Arabia, Qatar and Venezuela to freeze oil production at January levels throughout 2016.