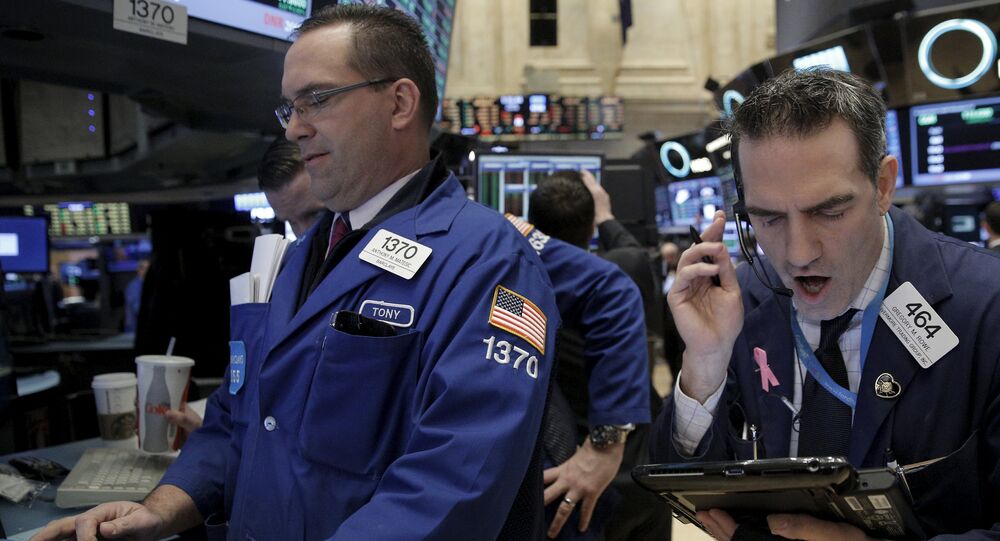 All 24 major emerging market currencies gained in March as the dollar slid on softer US data and a dovish Fed attitude, while investors bought into lucrative assets around the world, pushing EM stocks higher as well.

The situation is improving for developing nations, however, as the Fed's dovishness is putting off many investors in the US, who are being compelled to seek more profitable opportunities overseas. As a result, the capital outflows issue has eased for select emerging markets, and many local equity markets are returning to growth.

However, all the EM optimism is only limited and temporary, as any fresh hints at a possible US Fed  tightening of monetary conditions soon would push investors to take off for the States in order to capitalize on the hike.

"You have got the follow through from the Fed. They are taking one of the fears basically off the table at this point in terms of rising interest rates," Chuck Carlson of Hammond, IN-based Horizon Investment Services said. "The market has been basically kind of moving almost in tandem with what has been happening with the dollar. That trade got reinforced yesterday."

A basket of 20 EM currencies posted major gains during the past four days as the US Fed has been expressing a softer viewpoint on its policies. The US dollar dropped to a seven-week low against the euro, to $1.1364, and a five-month low against the Swiss franc at 0.9592 franc. During the first quarter, the greenback retreated 4%, its biggest quarterly drop in five years, as fears of a recession in the US and uncertainty in the corporate sector dealt a blow to investors' confidence.

© AFP 2021 / BRENDAN SMIALOWSKI
Confirmed: US Fed Hikes Planning Pushes Dollar Higher
The dollar's slide was exacerbated after is FX rate crossed the psychological threshold of $1.1335, after which traders started dumping the greenback in favor of other assets, thus contributing greatly to the rally in EM currencies. EM stocks also gained as investors were buying into lucrative opportunities for the time being until the Fed signals its readiness for further rate hikes.

Equity markets in Russia snapped their losing streak, while South African equities posted gains after hitting two-week lows, and Shanghai stocks hit a one-month high. EM currencies advanced at an average of 6% against the dollar in March, topping the 5.5% record set in February 1998.

"Yellen's comments were pretty aggressive and make it clear that rate hike expectations might as well be scratched out for this year," Nathan Griffiths of the Hague-based NN Investment Partners said. "This is the perfect backdrop for emerging markets to continue" gains, as the dollar is unlikely to advance amidst the dovish Fed policy outlook and weakening US macro indicators.

The South African rand gained 1.8%, Malaysia's ringgit advanced 1.6%, Russia's ruble added 0.6% on Wednesday. Some $2.9 bln in investment money entered the emerging markets during the third week of March, according to EPFR Global data. Subsequently, all 24 major EM currencies gained in March, without exception.

"(Yellen) seemed very biased towards the dovish side, and the market is taking that as a signal that the Fed is maybe trying to engineer a weaker currency or a more buoyant financial market, or possibly both," Ian Gunner of London-based Altana Hard Currency Fund said.

Even though the US private employers added some 200,000 jobs throughout March, signaling a major improvement in the US economy, these data alone are not enough to overcome the impact of the Fed's latest message. The market's negative attitude toward the dollar is likely to persist until either macro data or new Fed statements convince investors to buy into US assets again.