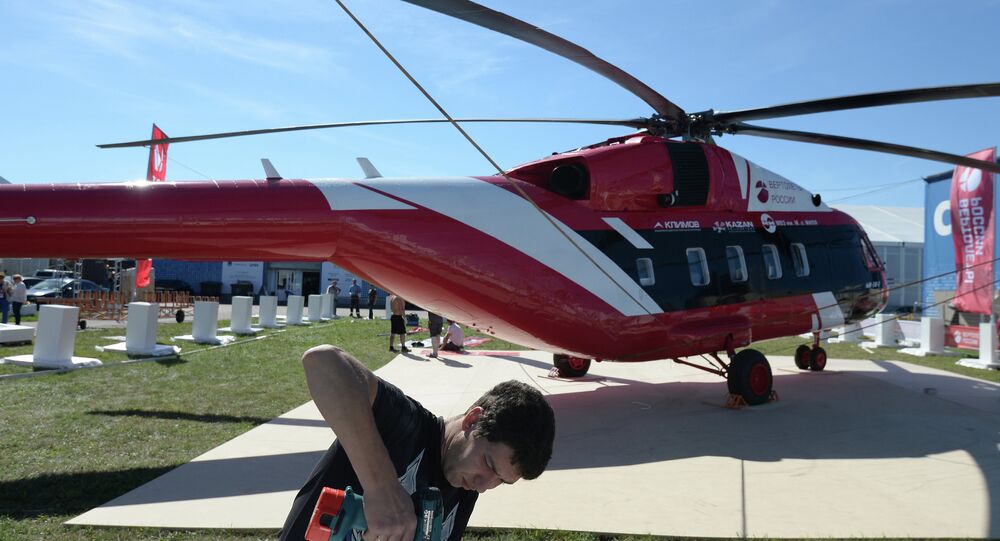 Russia plans to deliver about 100 helicopters to India by the end of 2016, which will put the total number of Russian choppers in the country at 500, Russian Helicopter’s deputy CEO said.

GOA (Sputnik) – On March 28-31, South Goa, India, will hold Defexpo India 2016 international land and naval systems exhibition. Russian Helicopters, which will take part in the exhibition for the first time, will showcase its newest Mi-38 and Ka-226T helicopters.

"India is our strategic partner and participation in Defexpo India-2016 will allow the Russian Helicopters holding to solidify its position by increasing sales of batch production and after-sales service to our Indian partners, as well as to generate steady demand for the production of the holding in the region. Up to date, India is operating more than 400 helicopters. We are planning to expand the fleet to 500 units by the end of 2016," Igor Chechikov told RIA Novosti.

© Flickr / Mario Sainz Martínez
Russian-Indian PAK FA May Be Armed With BrahMos Cruise Missiles
Chechikov added that during Defexpo India 2016 exhibition the Russian Helicopters delegation would hold negotiations, which could end in the signing of a number of agreements on after-sales service and maintenance for Russian-made helicopters.

In late 2015, Russia delivered the final batch of Mi-17V-5 military transport helicopters under a previously signed contract for 151 units. Additionally, the two countries struck a deal to jointly manufacture at least 200 Ka-226T helicopters and its modifications.