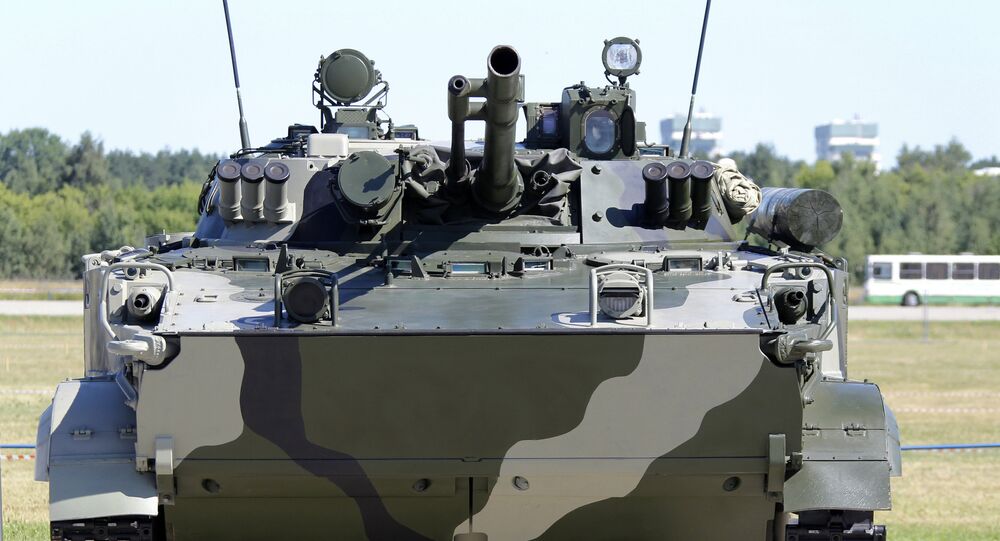 Testing of a pilot item of the infantry fighting vehicle jointly developed by Russia and the United Arab Emirates (UAE) is scheduled for 2017, Russia’s machine-building company Uralvagonzavod director for the military-technical cooperation, Igor Kulikov, said Monday.

© Photo : Youtube/Sputnik
Ultimate Arctic Pathfinder: Meet Russia's Unparalleled All-Terrain Vehicle
GOA (Sputnik) — The project was premiered at the Russian Arms Expo-2013 exhibition in Nizhny Tagil in partnership with the French Renault Defense company. Later, due to sanctions introduced by the European Union against Russia in 2014, the French side quit the project and was substituted by the company from the UAE.

"We are currently cooperating with the Emirates Defense Technologies company. We set up a 57-mm combat module Baikal on the UAE Enigma chassis. We hope that the pilot item of the infantry fighting vehicle will be tested in 2017," Kulikov said during the exhibition Defexpo India 2016.

The UAE currently operates some 700 Russian BMP-3 infantry fighting vehicles, 135 of which are being modernized by Russia's Kurganmashzavod to increase combat capability under a 2013 contract.

The eighth Defexpo India exhibition is taking place in the Indian Quepem city in South Goa between March 28 and 31.

Like Spring Flowers: Russian Combat Vehicle Emerges From Under the Snow