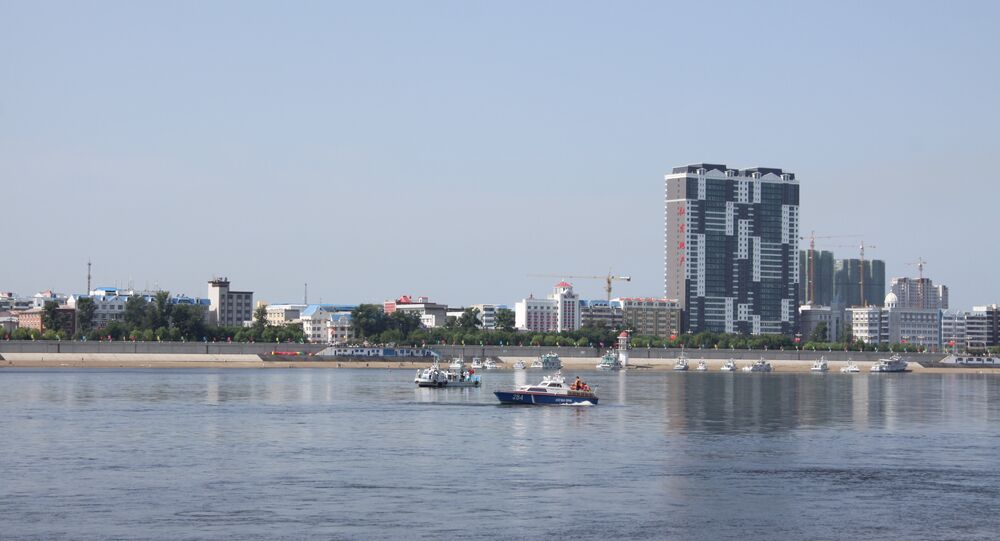 Russia plans to start building a bridge over the Amur River to China in the near future. The project's cost is estimated at over $230 million.

MOSCOW (Sputnik) – The construction of a Russia-China bridge across the Amur River will start in the near future, Russian Deputy Prime Minister and Presidential Plenipotentiary Envoy to the Far Eastern Federal District Yury Trutnev said.

"There are no doubts that we will start this work in the near future and will finish it in a fairly short period of time," Trutnev told journalists on Saturday, adding that a choice of Russian contractors for the Amur Bridge Project has not been made yet.

© Sputnik / Aleksey Nikolskyi
Russia-China Gas Projects to Be Implemented on Time - Kremlin Chief of Staff
The construction cost is estimated at about 16 billion rubles (over $230 million), with the Chinese government having invested 6 billion rubles (around $87 million) in the project.

The bridge will link the city of Tongjiang in China's Heilongjiang Province with Nizhneleninskoye in Russia’s Jewish Autonomous Region.