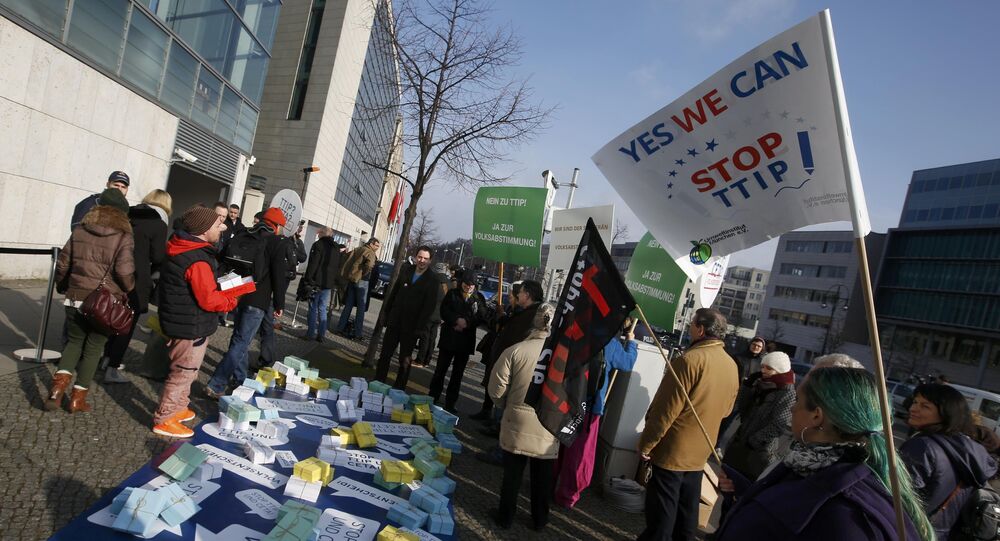 TTIP free trade deal between Washington and Brussels will not be signed before the United States holds presidential elections.

"I see no prospects for it [the signing of TTIP] until the United States holds presidential elections," Prodi said at a session of the Valdai International Discussion Club in Moscow.

Moreover, Prodi thinks that the TTIP talks require long negotiations to ensure the respect of EU interests in the deal.

"I don’t see a solution for tomorrow," Prodi, who is also a former European Commission president, said. "We need to have long negotiations, because some basic issues, especially in service, are still to be discussed. We need longer process of convergence."

He also pointed out that it is possible to have a balanced deal which would respect the interest of the Europe Union, not only of the United States.

"Not easy, but possible," Prodi said when asked if it was possible to make TTIP respect the interests of both the United States and the European Union.

The former prime minister added that the creation of the trade pact would be an alarming development for Russia, as it would challenge its power in the global economic market.

© REUTERS / Fabrizio Bensch
TTIP Divides Europe, Prevents Cooperation With Russia - German Lawmaker
"The creation of the Eurasian Economic Union (EEU) will have a very positive effect on the development of Russia, but this is not sufficient to be a big player on the global economic market," Prodi said.

In late December 2015, it was reported that the EEU, comprising Russia, Armenia, Belarus, Kazakhstan and Kyrgyzstan, was beginning to work on a free trade zone agreement with Iran.

Negotiations on the US-EU deal have been ongoing between Washington and Brussels since 2013. The parties aim to draft the full text of the deal before the end of the year. TTIP has drawn criticism from the public for the lack of transparency in its negotiations and the power it would give to international corporations.