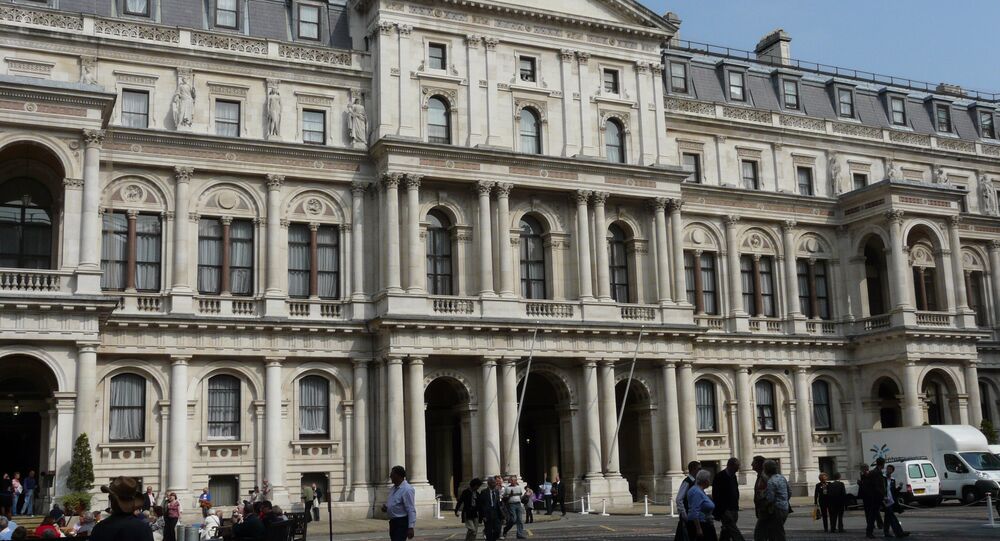 London is aware of the resolution by the European Parliament calling for an arms embargo against Saudi Arabia and expresses satisfaction with the UK arms export system, a Foreign and Commonwealth Office (FCO) spokeswoman told Sputnik on Thursday.

MOSCOW (Sputnik), Alexander Mosesov — Earlier in the day, the document was adopted with 359 against 212 votes. The paper was produced in light of Saudi Arabia's operation in Yemen, which has been engulfed in a military conflict between the government headed by President Abd Rabbuh Mansur Hadi and Shiite Houthi rebels since 2014.

"We are aware of the vote that has taken place in the European Parliament on a resolution on the humanitarian situation in Yemen, which included calling for the EU to ban arms exports to Saudi Arabia," the spokeswoman said.

A Saudi-led coalition of Sunni Arab countries launched airstrikes against the Houthis in March last year at Hadi's request.

In November 2015, international watchdogs reported that in September civilian infrastructure in Yemen was destroyed by the Saudi-led coalition using a UK-made cruise missile. Later, media reports appeared saying that the UK government could be prosecuted for war crimes after more evidence emerged of the use of UK weapons sold to Saudi Arabia against civilian targets in Yemen.

© AP Photo / Hani Mohammed
European Parliament Adopts Resolution on Arms Embargo Against Saudi Arabia
"The UK Government takes its arms export responsibilities very seriously and operates one of the most robust arms export control regimes in the world. All export licence applications are assessed on a case-by-case basis, and the Government is satisfied that extant licences for Saudi Arabia are compliant with the UK’s export licensing criteria," the FCO spokeswoman added.

In January, the UK government released arms sales statistics demonstrating that British arms companies had boosted their sales to Saudi Arabia more than 100 times over the course of last year — from contracts worth 9 million pounds (almost $13 million) in April-June 2015 to over 1 billion pounds ($1.43 billion) in July-September.