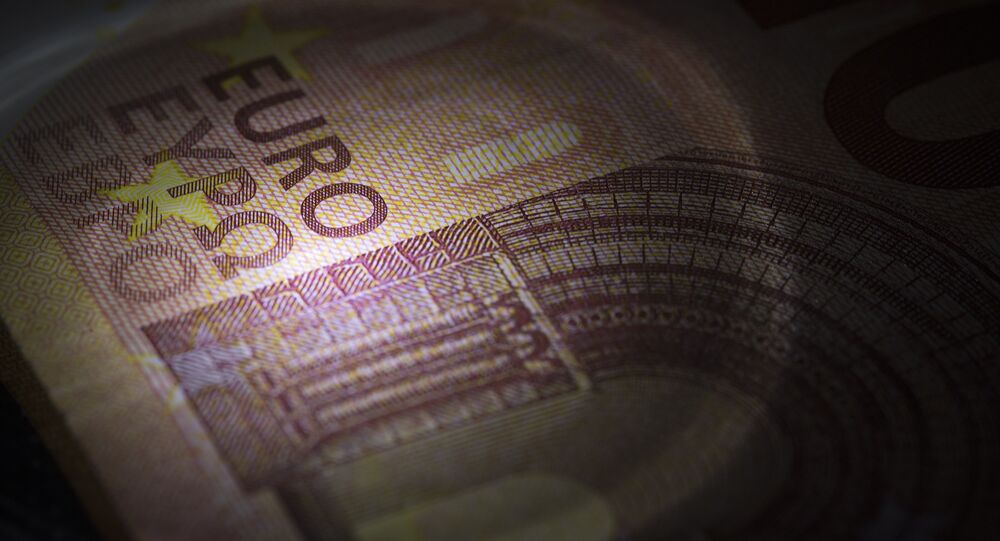 Even Weaker Euro Ahead as Eurozone Falters Just Above Disinflation

Kristian Rouz — The Eurozone measure of inflation was downgraded to an annualized 0.3% in January compared to earlier predictions at 0.4%. Even though the price index performed better than it did in December, at a staggering 0.2%, the European Central Bank (ECB) is facing tougher pressure to add monetary stimulus measures during its policy meeting in March, as the common currency economy is still faltering. Expectations of the ECB loosening its policies are a drag to the euro's FX rate, and while additional binds buybacks are unlikely, a further expansion into the negative rates territory is stirring greater devaluation concerns.

A weaker euro would indeed boost the German powerhouse economy, yet, on a global scale, an escalation in currency wars would trigger greater disinvestment in real economies, feverish demand for havens, and, after all, an even slower global growth.

Consumer prices index added 0.3% in the Eurozone in January, according to Eurostat, which is better that a month prior, resulting in the euro's rise by 0.2% on the news. Yet, the euro's stability is seen as short-lived, as, while inflation is still way below the ECB's 2% target, the regulator will be facing greater pressure to further loosen its monetary conditions. Devaluation expectations are poised to grow, and, given the recently emerged Brexit fears, the common currency is now setting foot on an extremely shaky ground.

© Fotolia / RZ
$1.35 Per Sterling in a Week? Brexit Fears Stir Devaluation Risks, London’s Downfall
The monthly price index declined by 1.4% in January, meaning the annualized disinflation is indeed within several months' reach, and unless the ECB reacts, it might hit the common currency bloc by mid-2016.

The ECB policy meeting is due on 9-10 March, and the policymakers will deliver their revised policy outlook along with fresh economic outlook. For now, the Eurozone might indeed require an additional monetary stimulus as the regulator does not see other ways to overcome the sluggishness in the European mainland's economic growth.

Currently, the ECB is practicing a negative-rates regime, pushing banks to lend out their money reserves and charging them for holding liquidity, along with an unprecedented 1.5 trln-euro bond-buying scheme. Further cuts in rates would push lending in the region, however, the regulator might consider to persuade commercial banks to boost their lending through negotiations before expanding the rate deeper into the negative territory.

Faltering economy "probably hurts long-term inflation expectations," Jean-Francois Perrin of the Paris-based Credit Agricole SA said. "It means clearly the ECB is not fulfilling its mandate in regard to inflation right now."

Low energy prices weighed the most on the Eurozone's inflation, having declined an annualized 5.4% in January, yet, it has been slowing since October. In December, for instance, energy prices posted yearly losses of 5.8%, meaning the fuel factor in the energy-importing Eurozone is gradually losing significance. Yet, an across-the-board disinflation might be landing before the long-overdue economic readjustment within the bloc.

Jens Weidmann, of the ECB's Governing Council, said it was "clear that the current price developments warrant a thorough monetary-policy debate" on Wednesday, having sown reasonable discontent amongst market participants. The regulator might indeed add stimulus, but the scale of further loosening is unknown, yet, at the same time, the ECB might consider affecting the banks' lending pattern verbally. Either way, an increase in commercial lending within the Eurozone is a depreciatory factor to the euro's FX rate.

Meanwhile, as the negative rates regime has its spillovers to the entire banking system, ECB Vice President Vitor Constancio said easing measures should "mitigate the effect on banks." As no further detail is available, Constancio's remark might indicate the ECB would rather negotiate increases in commercial lending with banks than cutting rates further, jeopardizing stability of the banking sector.

If so, the next devaluation of the euro would be smaller is scale, but the positive effects to the broader Eurozone economy and inflation would also be rather humble.