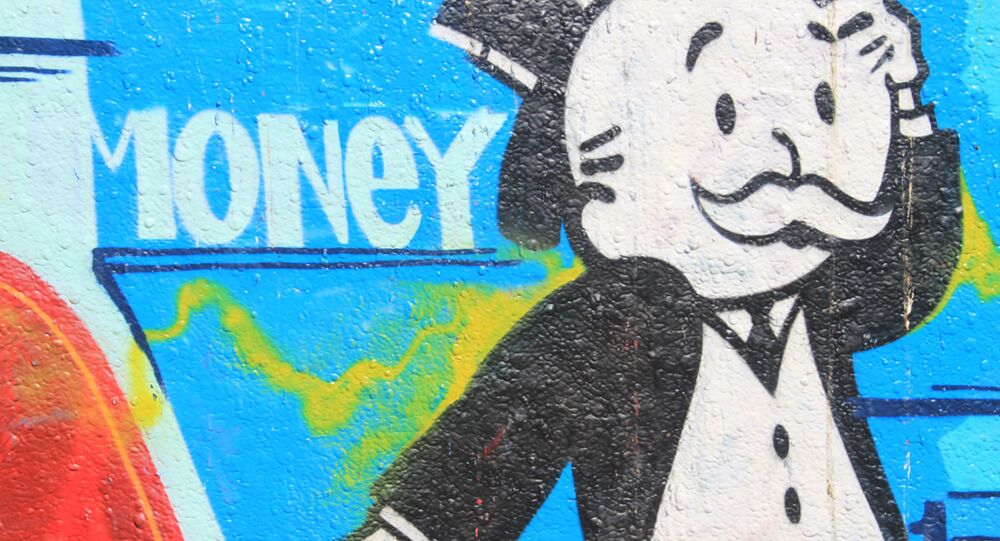 The billions in wealth that have been created through years of overleveraging are unlikely to last.

After minting 32 new billionaires during the surge in the highly leveraged Chinese economy, Beijing has eclipsed New York for the first time as the so-called "billionaire capital of the world," winning the dubious contest 100 to 95. The publication that announced the finding, Hurun, attributed China’s explosive wealth creation to Chinese stock market deregulation, enabling a flood of new initial public offerings.
Beijing’s claim to the throne may have a short expiration date. As Hurun founder Rupert Hoogewerf noted, "had the calculation been made at the market’s peak last summer, the number of Beijing billionaires would have been nearly 150."
In fact, these numbers may drop precipitously in years to come in light of analyst reports that the Chinese stock market has an addiction to American-style derivatives products and overleveraging. Using these derivatives products, including mortgage backed securities (RMBS) and commercial mortgage backed securities (CMBS), the Chinese have built entire cities said to rival Manhattan, but with one big problem – they are entirely uninhabited. That means the underlying loans will fail, but it gets worse.
© REUTERS / Stringer/Files
China Executes Mining Tycoon Liu Han For Running Criminal Gang
Like in the US leading up to 2008, the worst of the loans are packaged into collateralized debt obligations (a fancy word for taking a dozen bad loans, tossing them in a box, shaking the box, and then placing a label on the box that says "good loans"), that then receive pristine ratings from lead ratings agencies despite nobody knowing what is inside of them. The worst of those loans are then packaged again into something called a CDO-squared.
What is even more worrisome is that market speculators then take out "insurance policies," or bets, called credit default swaps regardless of whether they even own the underlying asset.
Further, speculators can take out 100 or more insurance policies against the same loan, maximizing profits if you are on the right side of the bet, yet all but ensuring a cataclysmic economic collapse with losses exponentially greater than the original loans if the negative event is triggered.
liondw
Chinese Billionaire: US Treats China in a Wrong Way
Prominent market watchers speculate that China’s use of derivatives domestically is roughly 10x the magnitude of the US market in 2008, although nobody can be certain because these are
"dark markets."
Long-story short, we should be looking at the cities further down the list if we want to predict which city will hold the billionaire thrown in 2008 and beyond. New York, which now rests in second place, is the lead candidate. Moscow is in a nearby third place at 66 billionaires.
© REUTERS / Joshua Lott
Ron Paul: US Stock Market About to Collapse
Still, the fractured foundation upon which China has built their boom fails to deter optimism by those still living the boom days. Rupert Hoogewerf boasts, "What we showed today is that at the super-wealth creation level, the Chinese are now leading. People will look at China the same way that people looked at Stanford or Silicon Valley in the 1990s."
...
Reddit
Google+
Blogger
Pinterest
StumbleUpon
Telegram
WhatsApp
188

US ‘Junk Bond' Market About to Crash on Fed Hike