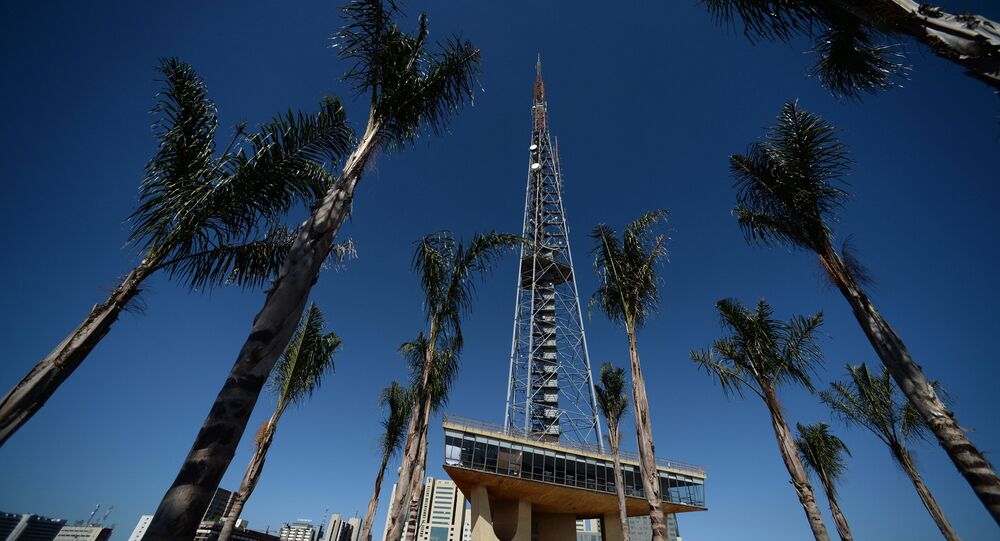 Moody’s Investor Service became the third and last of the Big Three, along with S&P and Fitch, to junk Brazil’s credit rating as reflection on the nation’s economic and political turmoil, also erasing hopes for improvement anytime soon, at least not until the impeachment proceedings are over in Q3 this year.

© REUTERS / Brendan McDermid/Files
S&P Credit Rating for Not Reflecting Russia Real Economic Situation - Economy Minister
Kristian Rouz — International credit rating agency Moody's has cut the credibility of Brazil's bonds to junk level, becoming the third (and last) major rating agency doing so, after Fitch and S&P. Moody's, along with S&P, are the US-based entities, while Fitch has HQs in New York and London and is controlled by the French organization, FIMALAC.

The downgrade reflects the deterioration in Brazil's investment climate and rising risks of fiscal insolvency, resulting in the Brasilia potentially being unable to service its borrowing obligations. The oil and broader commodity slump, along with inefficient monetary and fiscal policy response, are the main reasons for the downgrade.

Moody's Investor Service lowered Brazil's investment grade to junk level, resulting in a decline of the governmental bonds value and rise of the yield, destabilizing the already fragile financial sector of Brazil. The nation's President Dilma Rousseff is seen as unable to improve the grim fiscal outlook, whilst political tensions within Brazil are resulting in greater economic inefficiency.

The rating was lowered by two steps straight away, to Ba2, according to Moody's statement, outlook put as ‘negative', reflecting a rather skeptical view on further developments in Brazilian politics and finance, and possibly hinting at more downgrades coming.
The economic outlook is worsening, according to Moody's observation, whilst the government is unable to obtain a tighter grip on the budget, resulting in unnecessary and hazardous fiscal losses. Brazil is in recession, with its GDP expected to drop 3% in 2016 after a 3.5% contraction in the previous year.

"That deterioration is expected to continue over the coming three years, given the scale of the shock to the Brazilian economy, the lack of progress made by the government in achieving its fiscal and economic reform objectives and the political dynamics expected to persist over that period," Moody's statement reads.

Consequently, Brazil's national currency, the real, dropped 1.2% on the news, to 4 reals per 1 US dollar.
Brazil's investment appeal is expected to deteriorate during next three years, Moody's said, as the fiscal deficit and lack of structural reform in the commodity-based economy, will take their toll on growth prospects.

Brazil is trying to hike taxes in order to deal with the fiscal issues. On Tuesday, Congress passed a bill to raise taxes on capital gains, only stirring greater concern among investors and financial circles.

UK-based bank Barclay's noted the Big Three rating agencies might undertake another cut in Brazil's investment grade by late 2016, but it will largely depend on how the political situation unravels. Should the impeachment proceedings against Rousseff last throughout the year, the economic turmoil will linger until the issue is resolved one way or another.

A lower investment grade is a major challenge to a commodity-based emerging market as Brazil is, meaning wider economic reforms might help improve the situation. However, as the political struggle draws primary attention of the Brazilian authorities, any progress in this regard is unlikely, supporting Barclay's layout for further downgrades.