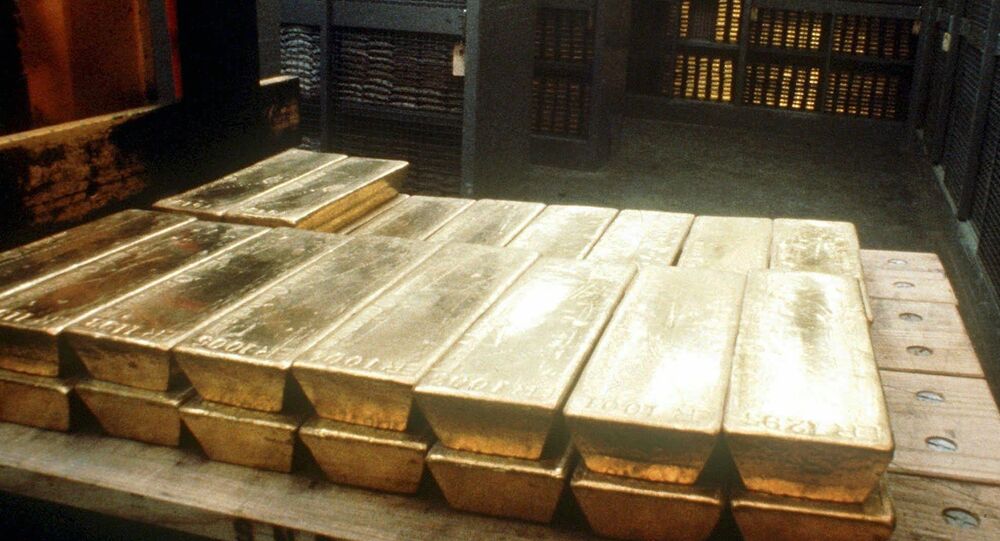 The demand for gold has significantly increased in recent weeks. The sales are driven by the concern of many investors of impending turmoil in the financial markets, German newspaper Deutsche Wirtschafts Nachrichten (DWN) wrote.

© CC BY 2.0 / Bullion Vault / gold bar on coins
Non-Liquid: Gold Set to Lead Declines in Haven Assets Amid Fed Tightening
The high demand for precious metals and gold exchange-traded funds (the so-called ETFs) has led to a significant increase in the price of gold on Tuesday.

The surge even exceeded Friday's rise, when the precious-gold price rose to a 3-month-high, reaching $1,165.50.

According to DWN, the current trend can be explained by several factors. These include uncertain developments in the global economy as well as the prospects of the monetary policy's tightening by central banks.

It is expected that the ECB could further lower the negative interest rates on its deposit facilities in March 2015. The attempts to impose restrictions on spending cash are interpreted by many market participants as the first signs of financial repression.

Numerous European banks have already restricted the ability of their customers to withdraw cash. For instance, the Swiss National Bank "prohibited a large hedge fund from withdrawing cash out of its bank account to avoid negative interest rates," the website nestmann.com wrote.