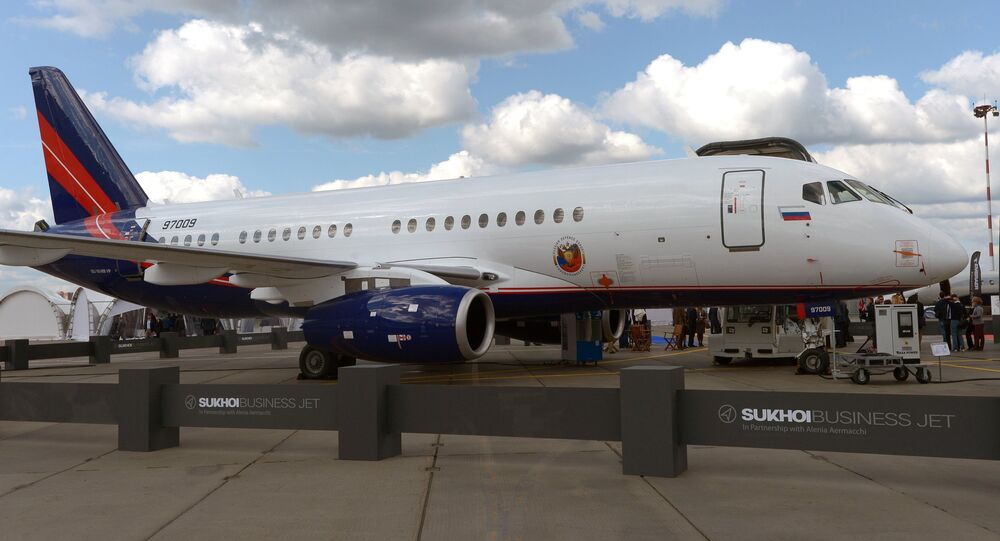 The Russian-built Sukhoi Superjet 100 (SSJ-100) aircraft could be delivered to Danish Greenland Express airline in the period of 2016-2018.

"Different issues are under discussion. There is no contract [at the moment], there is a discussion process and it has different options for obtaining the aircraft: purchase, operating lease or financial lease," the source told RIA Novosti.

© Flickr / SuperJet International
Russia Discussing Sale of Up to 40 Sukhoi Superjet 100 Planes to EgyptAir
According to another source, the aircraft could be delivered in the period of 2016-2018.

The SSJ-100 is a twin-engine regional passenger airliner, which completed its maiden flight in 2008 and was sold commercially for the first time in 2011.

According to the aircraft manufacturer, Sukhoi Civil Aircraft Company, a total of 64 SSJ-100s are currently in operation. The main operators of the aircraft are the Russian flag carrier Aeroflot (26 aircraft), the Mexican airline Interjet (19 aircraft), and Gazpromavia (10 aircraft).