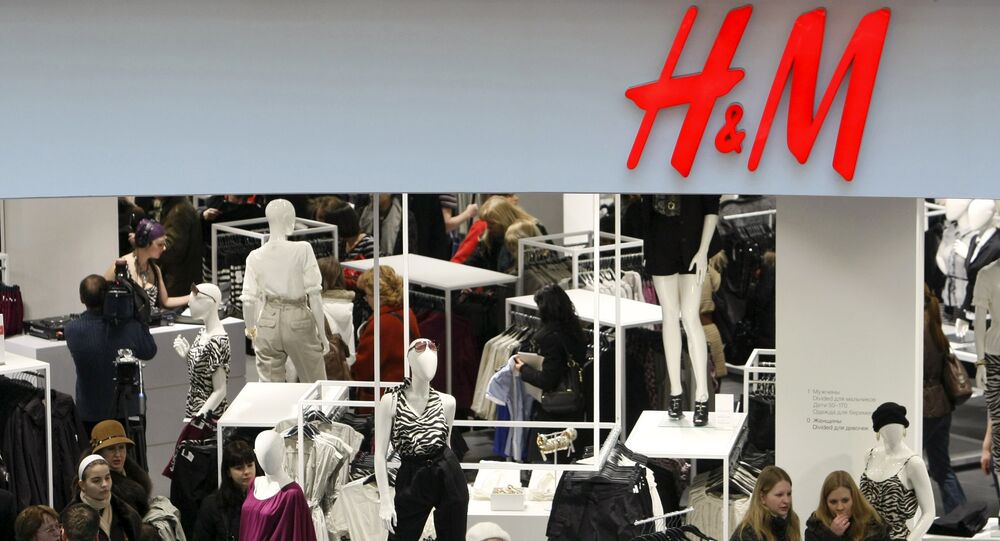 Retail-clothing giant H&M has severed ties with its Turkish subcontractor due to the use of child labor in the production of its clothing range.

© Sputnik / Vladimir Vyatkin
Worst Crisis in History: Turkey's Tourist Industry Collapses as 1,300 Hotels Go on Sale
The company said that it became one of nine European clothing brands that fully responded to the questionnaire sent out by the Business & Human rights Resource Centre on how they are protecting Syrian refugees in their supply chain.

"One question addressed if the brands have identified supplier factories employing Syrian child refugees in 2015. In the case of H&M, we transparently replied that in 2015, our regular audits identified one case of child labor in Turkey. In accordance with our policy on Syrian refugees in Turkey, we terminated this business relationship immediately," said a statement posted on H&M’s official website.

Earlier H&M, along with major British retailer Next, confirmed that there were indeed Syrian child refugees working at their clothing factories in Turkey, according to the Independent.

The two companies were the only entities to confirm the identification of the use of children working in their Turkish factories. However, as several other companies appeared reluctant to provide answers regarding the use of Syrian workers in their factories, this phenomenon may in fact be much more widespread, the newspaper remarks.

At the same time, the Istanbul Ready-made Clothing and Confection Exporters’ Association (IHKIB) sought to deny claims that Turkish textile factories use the labor of Syrian refugee children. IHKIB President Hikmet Tanrıverdi the Association is ready to provide evidence that child labor is not being used by its members and are willing to accept observers to confirm that fact.

Peace in Syria Extremely Important for Territorial Integrity of Turkey