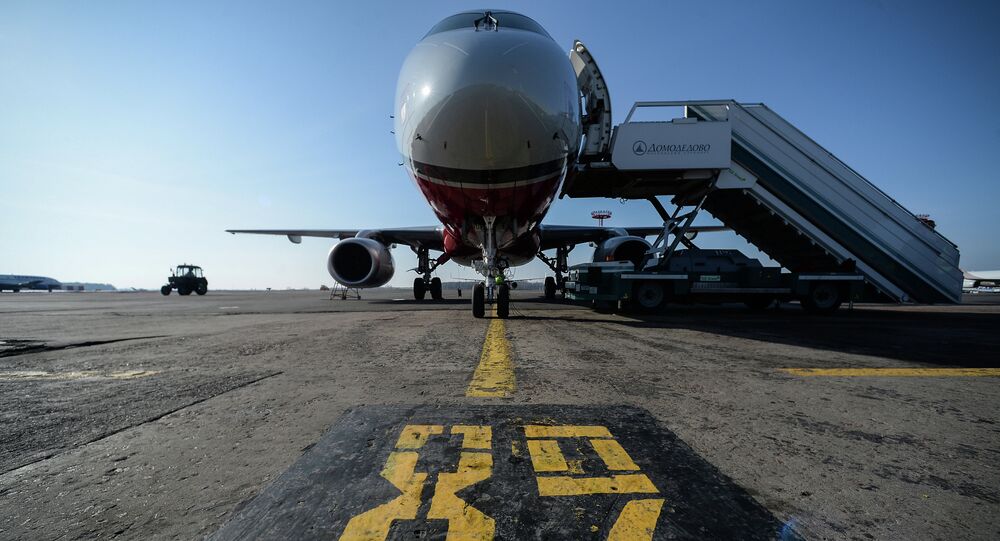 CityJet, an Irish regional airline, may lease the Sukhoi Superjet 100 (SSJ100) planes it is going to purchase in Russia to the French flag carrier Air France, a source familiar with the carrier's plans said Tuesday.

© Flickr / SuperJet International
Russia, Egypt to Sign Memorandum on Supply of Four SSJ100 Planes
MOSCOW (Sputnik) – CityJet announced its decision to buy 15 SSJ100 planes, with an option to purchase 10 more aircraft, in mid-October. The contract is expected to be signed in February with the first 3 aircraft to be delivered before the end of the year, before the SSJ100 has been certified to be operated on the short runway at London City Airport, making the lease interesting for the Irish airline.

"It is being discussed, it is up to CityJet. We just sell them airplanes. It is their commercial affairs. Among those interested in wet lease there is Air France," the source told RIA Novosti.

A wet lease is where an airline provides a plane together with crew, maintenance and insurance to another airline which pays according to the hours operated.

The Superjet 100 is a twin-engine regional passenger airliner, which completed its maiden flight in 2008 and was first commercialized in 2011.

According to the SSJ100 manufacturer, Russia's Sukhoi Civil Aircraft (SCA), 64 SSJ100 are currently in operation, including 26 operated by Russia's Aeroflot airline, 19 planes operated by the Mexican airline Interjet and 10 by Gazpromavia.