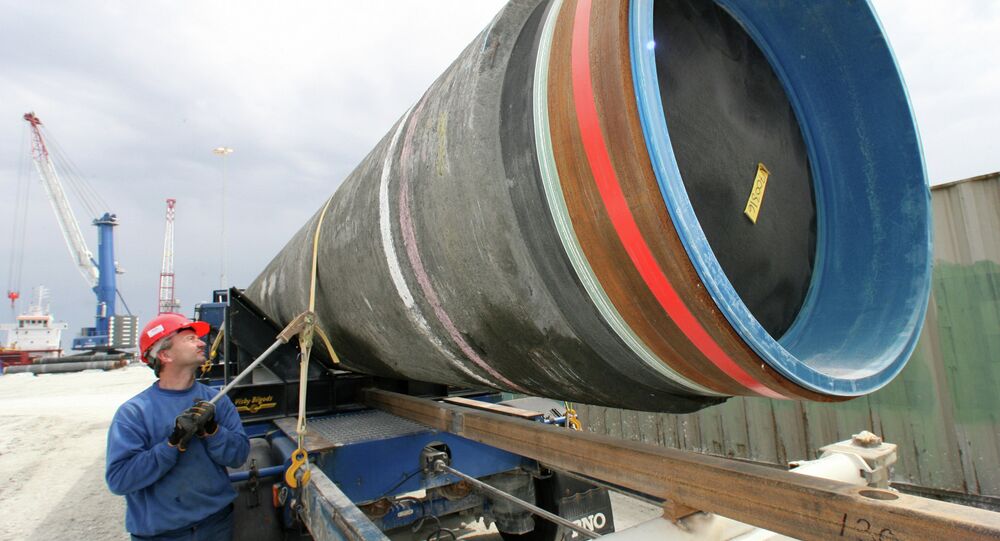 "Ukraine has filed an official complaint with the energy committee regarding Nord Stream 2 construction, because this is a political project. We ask the European Commission to begin an investigation and stop this anti-European, anti-Ukrainian, anti-Slovak and anti-Polish project," Yatsenyuk said at a meeting with Slovak Foreign Minister Miroslav Lajcak.

© Sputnik / Alexei Kudenko
Nord Stream-2 Will 'Undermine EU Sanctions Regime' Against Russia
Moscow has repeatedly voiced concerns over Ukraine's reliability as a key gas transit route. Russia has been working on gas pipelines to Europe, such as Nord Stream, to avoid the Ukrainian territory.

The Nord Stream 2 is the gas pipeline joint venture through the Baltic Sea, which is expected to provide an additional route for the Russian gas to Germany, bypassing Estonia, Lithuania and Latvia, as well as Poland. The pipeline could provide up to 55 billion cubic meters of direct gas supplies from Russia.

While some EU member states, such as Poland and Lithuania, are opposed to the northern gas pipeline over fears of increased energy dependence on Russia, Germany reaffirmed its interest in the project late 2015, saying that it would bring more benefits for EU members and provide energy safety and security to the 28-nation bloc.