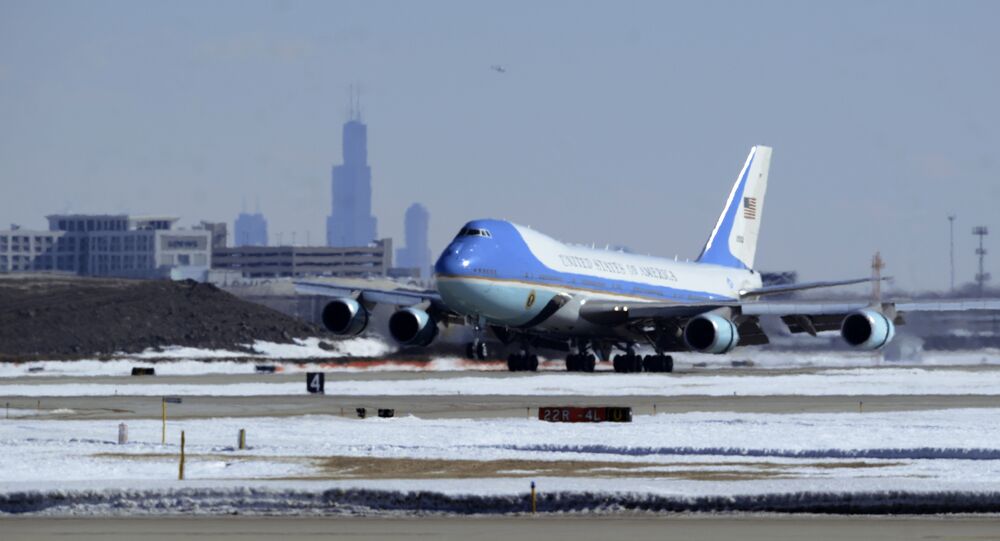 Boeing has won an initial contract to start work on replacing the aircraft serving the US president.

© REUTERS / Jason Redmond
New Boeing 737 MAX 8 Next Generation Airliner Takes to the Air for 1st Time
WASHINGTON (Sputnik) — Boeing has won an initial contract to start work on replacing Air Force One, the aircraft serving the US president, with a new aircraft based on its 747-800 design, the Department of Defense announced.

"The Boeing Co., Seattle, Washington, has been awarded a $25,776,011… contract for Presidential Aircraft Recapitalization Program Phase 1," the announcement stated on Friday.

"The presidential aircraft is one of the most visible symbols of the United States of America at home and abroad," Secretary of the Air Force Deborah Lee James said according to an official Air Force News Service (AFNS) report.

Work on the first phase of the program will be performed at Seattle, Washington and Everett, Washington, and is expected to be completed by April 21, 2017, the Defense Department said.

"We will ensure the next Air Force One meets the necessary capabilities… while reflecting the office of the president of the United States of America consistent with the national public interest," James added.

The new Air Force One will have a planned 30-year life cycle, according to the Defense of Department.