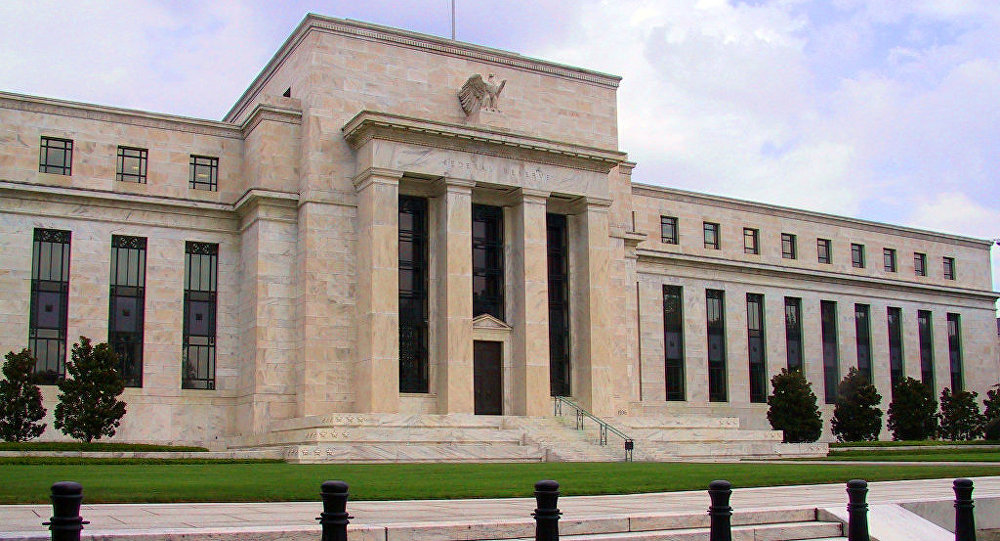 The US economy slowed more significantly than expected, with the government sector driving gains, and private enterprises being black and blue affected by international risks and unfavorable monetary and fiscal conditions at home.

Kristian Rouz – The US’ pace of economic growth slowed significantly in Q4, to an annualized 0.7%, due to weakness in domestic consumption, the primary driver of the US economy, contributing over 70% to the nation’s GDP. 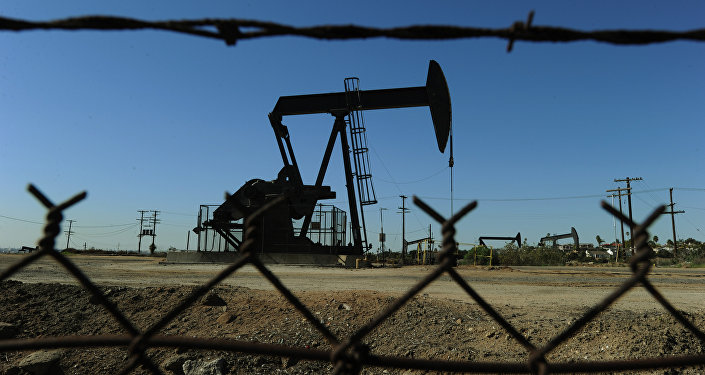 © AFP 2019 / MARK RALSTON
Why Low Oil Prices Are Dealing a Blow to US Economy
Even the holiday season and higher sales expectations mostly failed to spur growth, with the economy cooling across the board, most prominently, in energy, as indicated by December’s Third Avenue insolvency issue.

Early January’s financial turmoil on Wall Street is yet to impact Q1 growth figures, setting a murky tone on growth projections. Yet, the US Federal Reserve might now indeed consider performing less than the planned four hikes in interest rate throughout this year, stirring hopes for a renewed rally in financial sector.

The US GDP rose 0.7% year-on-year in Q4 after gaining 2% in the previous quarter, according to a report by the US Department of Commerce. The actual economic performance turned out to be even weaker than expected, with previous projections outing Q4 expansion pace at 0.8% annualized.

Even though consumer spending was a disappointment in December, performing relatively weak in the heat of the Christmas holiday season, the outlook for domestic consumption is brighter into 2016. Solid labor market growth, gains in disposable incomes and lower fuel expenses are forecast to boost households spending this year. Yet, a combination of all these three factors has been already in place during Q4, hardly helping any solid gains in economy.

“The economy perhaps isn’t quite as strong as we thought it was — there’s clearly some very weak spots, but there’s a solid foundation to growth,” Nariman Behravesh of Lexington, MA-based IHS Inc. “The stars are aligned for consumer spending to return.”

A slump in corporate profits weighed on overall growth significantly. Amidst international headwinds, and tighter regulations coupled with greater government involvement in the economy at home, US enterprises found themselves unable to perform well enough commercially.

© CC0
The Emperors Clothes: World Rushes to De-Dollarize Oil Trade Before US Economy Crashes and Burns
According to Commerce Department figures, during the fourth quarter, the economy was driven by gains in durable and non-durable goods, an increase in national defense spending, gains in governmental non-defense spending, and an advance in fixed investment. That said, the lion’s share of

US economic growth is currently government-funded, indicating also a robust expansion of the government’s presence in the economy at a cost of a shrinking private sector.

US services, imports, exports, and inventories all slumped 0.1-0.5% in Q4, reflecting the declines in small business performance, a struggle in the corporate sector and the small cap oil losses, respectively.

The US dollar for the year gained 11% against the basket of its major peers, hitting big business and impairing the international economic competitiveness of the United States. Business investment in the US also declined 1.8% year-on-year, in its first retreat since 2012.

“The number one headwind for growth is foreign trade,” Michael Feroli of the New York-based JPMorgan Chase & Co. “The strength of the dollar and the weakness in global growth continued to hurt exporters.”

Meanwhile, the US current account deficit increased to $566.1 bln, resulting in a loss of 0.47% GDP in Q4, a fifth consecutive quarter of unfavorable international trade conditions for the US enterprises.

Given all the gloomy circumstances and hardly a positive outlook, the US Federal Reserve is now expected to abandon its planning on a March raise in base borrowing costs.

However, there is still an opportunity to do that without causing a further slowdown in the overall economy, but such a scenario would require an even greater involvement of the government into the economy, while the private sector prospects are quite dire either way in the current monetary and fiscal environment.

Fed Tightening Spurs US Housing Market to Perform Best Since 2006

US Fed to Prevent Asset Bubbles at Cost of Economic Freedom