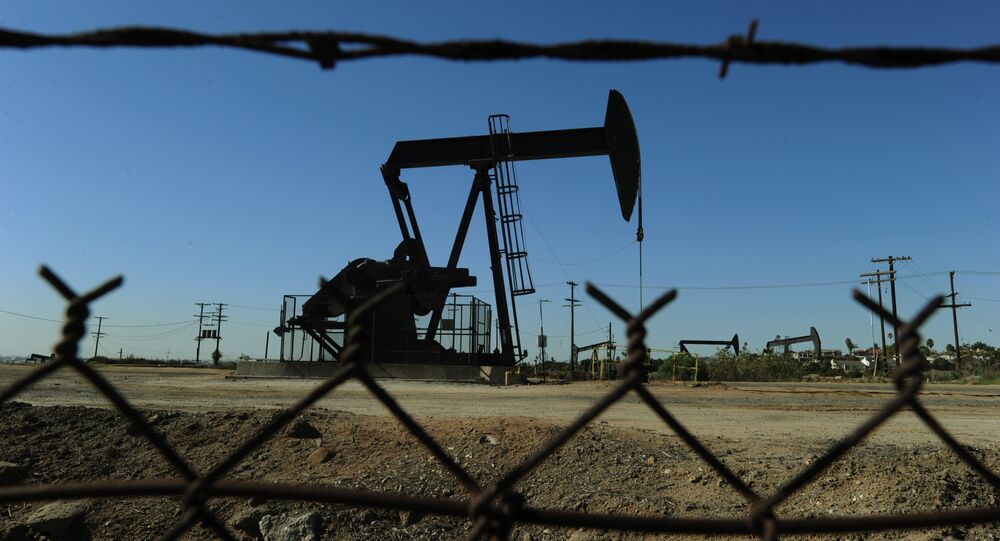 Why Low Oil Prices Are Dealing a Blow to US Economy

Oil companies and their employees are not the only in the US to take the heat from falling oil prices. Among other victims are banks, financial companies and realtors.

© AFP 2021 / EMMANUEL DUNAND
US Distress Ratio Reaches 2009 Recession Level Amid Oil Prices Collapse
Despite the fact that falling oil prices are good for US households they are damaging other industries across the country, The Fiscal Times reported.

The economies of Texas, North Dakota, Alaska, Oklahoma, Wyoming and New Mexico are being hit by the plummeting prices of crude, according to the article.

Recently, Alaska Governor Bill Walker proposed to introduce the first state income tax in 35 years to compensate for the drop in oil-related incomes. In 2015, tax revenues from oil companies dropped by 48 percent and by 43 percent in North Dakota.

In the mid-1980s, the world experienced a similar glut in the market, oil producing regions of the US experienced a recession while the rest of the country was doing well.

"It’s likely some of that will happen again this time," James Hamilton, professor of economics at the University of California at San Diego, told The Fiscal Times.

Oil companies and workers are also paying a price for the falling price of crude. In 2015, oil and gas companies across the US slashed 17,000 jobs, and the number grows to nearly 87,000 if oilfield support jobs are included.

© Flickr / Pete Markham
Oil Prices Continue Rally, Crude Rebounds Above $34 per Barrel
But employees of oil and gas companies are not the only people who have sustained losses from the oil prices slump, Hamilton explained. Among others, he included ranchers who lease property to oil and gas companies, grocery stores and restaurants that sell to oil fields workers and realtors selling property to once blooming towns.

Tom Kloza, co-founder and global head of energy analysis at Oil Price Information Service, cited other industries, besides oil, that have been indirectly hit, including banks and financial companies. For example, companies that issue credit cards people use to purchase their gas take a three-percent transaction fee. Last year, they did not collect as much in fees as consumers spent $120 billion less.

"They got $3 billion less in fees. We don’t need to hold telethons for them, but there are a lot of other casualties," Kloza was quoted as saying by The Fiscal Times.

What is more, other victims of low oil prices are banks that face risk of oil companies defaulting on loans for expensive drilling projects.

According to the article, since the beginning of last year, 42 US oil companies have filed for bankruptcy and the number is expected to grow.

An analyst at Oppenheimer & Co, Fadel Gheit, told CBS News that as many as 50 percent of the independent drilling companies working in US shale fields could go bankrupt before oil prices stabilize.

Bloomberg Issues Dire Forecasts for US Shale Oil Industry by 2017