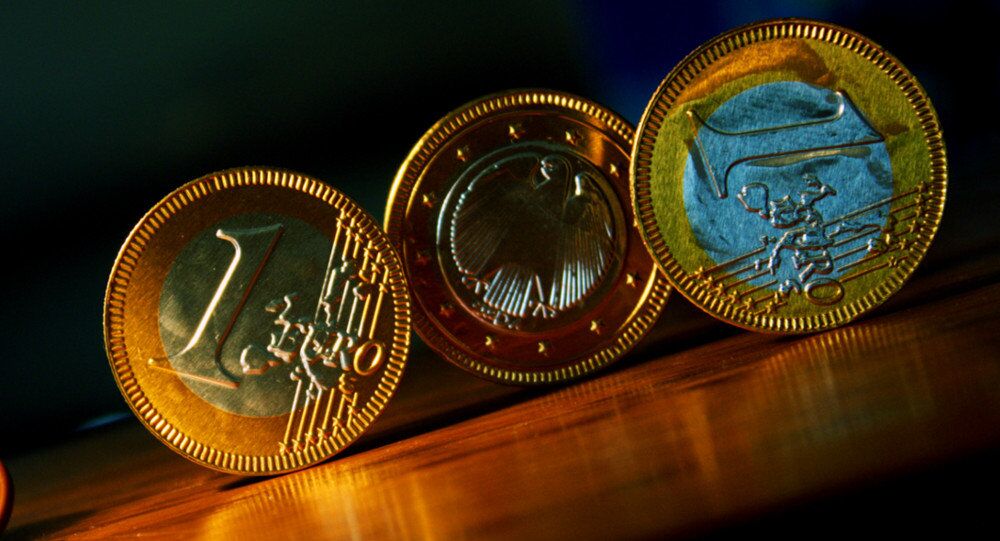 Germany has managed to withstand the international financial turmoil of the past year and early weeks of 2016 being reliant of exports, supported by a weaker currency, domestic consumption and structural advantages of its own economy with energy and finance less prominent than the manufacturing of goods.

Kristian Rouz – Even though global growth has slowed down throughout most of 2015 and early weeks of 2016, accompanied by financial markets volatility and factory-gate disinflation in manufacturing, the export-driven economy of Germany is accelerating steadily.

© REUTERS / Michaela Rehle
Why Migrant Crisis Playing Into the Hands of German Economy
Part of reason is strong domestic consumption coupled with a significant balance sheet surplus, however, bets on additional monetary stimulus from the European Central Bank (ECB) have also contributed to the momentum.

The German economy accelerated in the last quarter of 2015, while most of other advanced world and emerging markets were faltering, having added 0.25% to its pace of growth, posting gains of 1.7% for the year compared to that of 1.6% in 2014. A separate report of Q4 performance of the German economy is due on 12 February, with most observers betting on roughly 0.4% expansion for that quarter.

Meanwhile, the global financial gloom of the first weeks of 2016 has hardly reflected on the German economy in a negative way.

According to an estimate by Markit Economics, the German industrial producers and services sector posted rather positive results in January, with Purchasing Managers’ Index (PMI) only falling to 54.5 from 55.5 in December. The reading is still a solid expansion, with numbers above 50 indicating growth, meanwhile, previous expectations suggested the actual performance would be weaker than that.

“Germany’s private sector economy was largely unaffected by the recent stock-market turmoil,” Oliver Kolodseike of Markit said. “Companies should remain in expansion mode in coming months. New orders continued to rise strongly and employment was raised at a healthy rate as capacity pressures continued to build.”

Even though the decline in oil prices and depreciation of assets in global financial markets, including those of Europe, have badly shaken confidence in real economic performance throughout the world, Germany has managed to capitalize on the financial cesspool of red.

© Photo : Pixabay
Eurozone Business Activity Hits 4-Year High, Stirring Policy Debate
A net oil importer and a huge manufacturer, Germany has benefitted from lower production costs, while sound macroprudential policy measures have bucked the trend. Even though energy companies and utilities have sagged across Europe, and the entire region in mired in near-disinflation, Germany is more reliant on other sectors, retaining its competitive edge in international trade via devaluing the common currency, the euro.

Input prices finally have sagged in Germany first time in a year, supporting industrial expansion, while new orders have been rising for the 13th consecutive month. The nation’s labour market also posted gains, however, ‘full employment‘  is still not within reach.

Germany’s gains look even more solid compared to its regional peers. France, for instance, posted a composite PMI of only 50.5 in January, barely any expansion at all as the nation’s biggest enterprises are involved in energy, utility and financial sectors, all hit by the recent turmoil.

The Eurozone’s PMI is expected at 54.1 and is due later today.

“Germany has grown slightly above potential in 2015 for the second year in a row,” Joerg Zeuner of Germany’s state-controlled development bank KfW said.

The 2016 outlook for the nation focuses around domestic consumption, however, meaning the ECB will have to take more decisive measures to prop up inflation, as export-driven models are staggering across the world, most notably, in mainland China. In 2016, German GDP is expected to rise 1.8%, and some 1.7% in 2017.