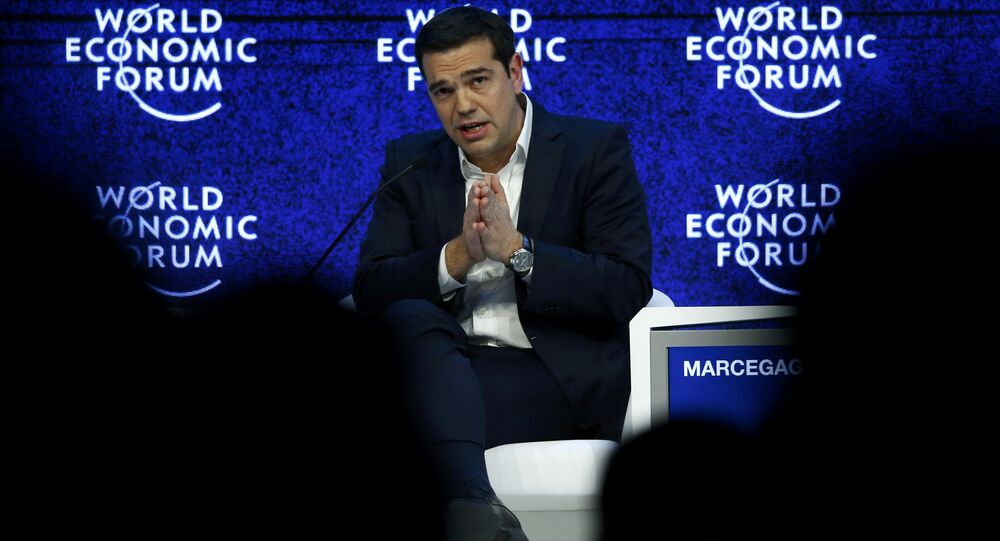 Athens has agreed to have the International Monetary Fund (IMF) involved in the country’s bailout program, despite believing that Europe could tackle the issue on its own, Greek Prime Minister Alexis Tsipras said Thursday.

© AFP 2021 / Andreas Solaro
Germany Prevented Greece From Getting Loan From China in 2015 – Ex-Greek FM
DAVOS (Sputnik) — Germany and the Netherlands have been most vocal about the IMF playing a role in managing the program worth 86 billion euros ($93.67 billion at the current exchange rate).

"Not everyone agreed on the importance of the IMF contribution in European developments…Europe could have done things on its own," Tsipras said at the World Economic Forum in Davos. "Some countries asked the IMF to be involved. We agreed."

The minister pointed to differences that the three creditors – the European Commission, the European Central Bank, and the IMF – had among themselves on their perception of European issues as he urged for "more Europe" in EU affairs.

"In order for us to find a solution to the problems of Europe we need more Europe. This is not the right time to talk about exits – be they Grexits or Brexits," the minister concluded.

Last August, the Eurogroup approved the third bailout package for Athens in exchange for more austerity reforms that include tax increases and pension cuts.