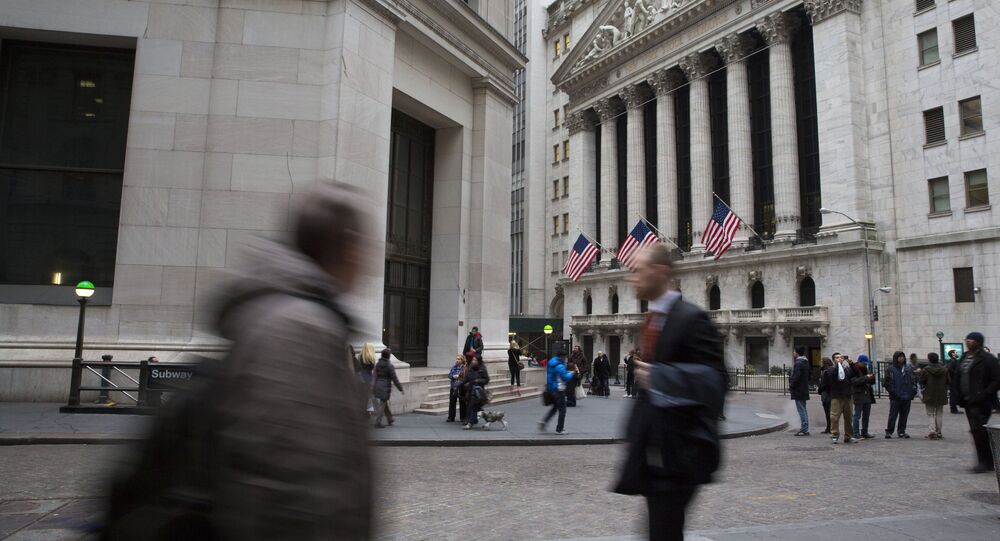 The US Federal Reserve might have to return interest rates to near zero; its December 16 attempt to raise the rates resulted in a capital wipeout across the open market, causing many to question the regulator’s credibility and potentially harming the broader economy.

Kristian Rouz — Whether by coincidence or not, the Fed's decision to raise US borrowing costs as part of a ‘return to policy normalcy' was immediately followed by overwhelming anxiety in the market for high yield bonds and, more recently, a dramatic 8% to 12% stock market crash, suggesting the monetary authority might reverse its policy shift in order to prevent capital wipeout. While open market conditions have been dire, and the real economy might have braked in Q4, the Fed decision did not boost US corporate sector earnings either amidst the unfavorable FX environment, meaning monetary tightening, albeit cautious, has failed to improve the overall economic situation. Given that, the regulator might opt to return to its ultra-accommodative near-zero interest rate policy, a controversial move potentially undermining confidence in the Federal Reserve.

A renewed decline in international crude prices, which have hit $29/bbl, and weaker macroeconomic fundamentals in the US have taken their toll on corporate earnings on the domestic side, resulting in Third Avenue-style high yield decimation and the US stock market bloodbath.

International headwinds, namely insufficiently robust economic growth overseas, coupled with the strong dollar (which was largely a direct consequence of the Fed's policies) have leveraged additional pressure on the US economy. While credit has become more expensive due to the higher federal interest rates, impairing prospects for faster domestic growth, the FX risks are poised to linger.

All of the combined negative effects are poised to hold back any positive development in the US economy until at least the second half of 2016.

That said, the Fed might indeed opt to ease monetary conditions again. But such a move would come at a price, prompting markets at home and abroad to question the Fed's ability to adopt a sound policy plan. Erratic central bank policy is never a recipe for market stability.

© Flickr / Scott Beale
US Stocks Suffer Biggest Slump in 119 Years
Right now, in the wake of the Third Avenue Management high-yield bond fund crash and the stock market wipeout, the divergence between junk bonds and the S&P 500 (which lost 8% of its value in the opening two weeks of 2016) might indicate a further slide in stocks. US mining and oil companies, especially shale oil small caps, have been stripped of money liquidity, as the high yield situation suggests, meaning their stocks are likely to retreat further as their profit outlook is negative. The rest of the open market would likely follow the bear trend unless a major positive change in other sectors reveals itself.

Although the overall situation is volatile, it is not a financial crisis, but rather a squeeze, albeit a fast and sudden one, of US stocks which have been overvalued during the past year. Indeed, the record highs set by all three US major indices in 2015, were reached at a much faster pace than growth in the real economy. Besides, as earnings stagger and industrial production falters, there are at least two more reasons for the stock selloff.

Even though the Fed might shoulder some deserved blame for the capital carnage of the past six weeks, a stronger dollar is still attracting major capital inflows in the US. Consequently, the effects of capital gains might outbalance the Wall Street stock selloff. However, it is yet unclear when the ‘buying moment' arrives, and what the situation in financial markets and the real economy would be by then.

© AP Photo / Jin Lee
Wall Street Bleeding: Oil, Int’l Fears Spur Manic Depressive Bear Market in US
The recent gains is US consumption suggest the economy still has enough momentum to add at least 2% annualized in 2016 after expanding some 2.2% the previous year. This is, however, still below the historic average of 3.3%, putting into question the broader scope of economic policies practiced by the Democratic administration.

Besides, as the corporate struggle exacerbates competition amidst a tough investment environment, the subsequent natural selection amongst both small caps and bigger enterprises might result in increased economic efficiency, should the monopolization trend not overwhelmingly prevail. Investors have named select big and small caps that are still good to buy, citing among the former the likes of American Express Co., Comcast Corp., Eaton Corp., Macy's Inc., Occidental Petroleum Corp. and Qualcomm Inc., while companies like Evertec Inc., Calpine Corp., CommScope Holding Co. and NICE-Systems Ltd. are on the list of more sustainable small-caps.

US Senate Blocks Bill to Audit the Federal Reserve