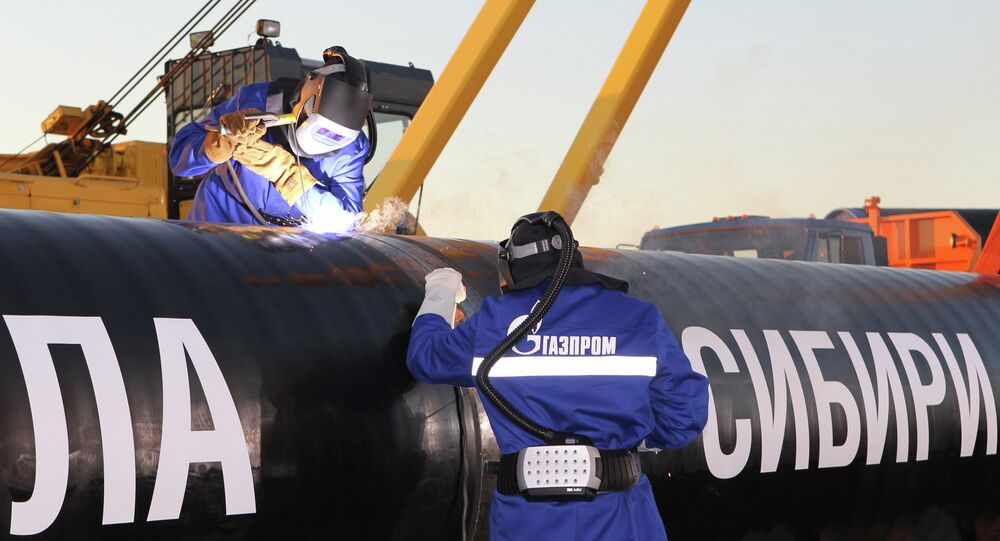 The delivery of Russian gas to China is already being realized as a commercial project, the Russian economic development minister said.

BEIJING (Sputnik) — Russia has no plans to change supply terms for the Power of Siberia gas pipeline due to contractions in Chinese demand, while terms for the Altai pipeline may be altered, Russian Economic Development Minister Alexei Ulyukayev said Saturday.

© Sputnik / Aleksey Nikolskyi
Russia, China Expect to Sign Power of Siberia-2 Deal in Spring 2016
"There are various projects. There are projects which are being realized as contracted commercial projects — this is the Power of Siberia eastern pipeline. I think that there cannot be any changes here… Regarding the western route, Altai, it may be possible because not so much has been contracted there, flexibility is possible," Ulyukayev told reporters.

On Friday, Reuters, quoting sources close to Gazprom, reported a possible scaling down of Russian gas supplies to China due to falling energy prices and economic turmoil in China.

The Power of Siberia eastern route is set to supply Russian natural gas to China for 30 years, according to a contract signed between Russia's Gazprom and China National Petroleum Corporation (CNPC) in May 2014. Supplies will begin between May 2019 and May 2021, gradually rising in volume from 5 billion cubic meters to 38 billion cubic meters per year.

In May 2015, the two companies signed a basic agreement for the supply China with 30 billion cubic meters per year along Russia's Altai eastern route.