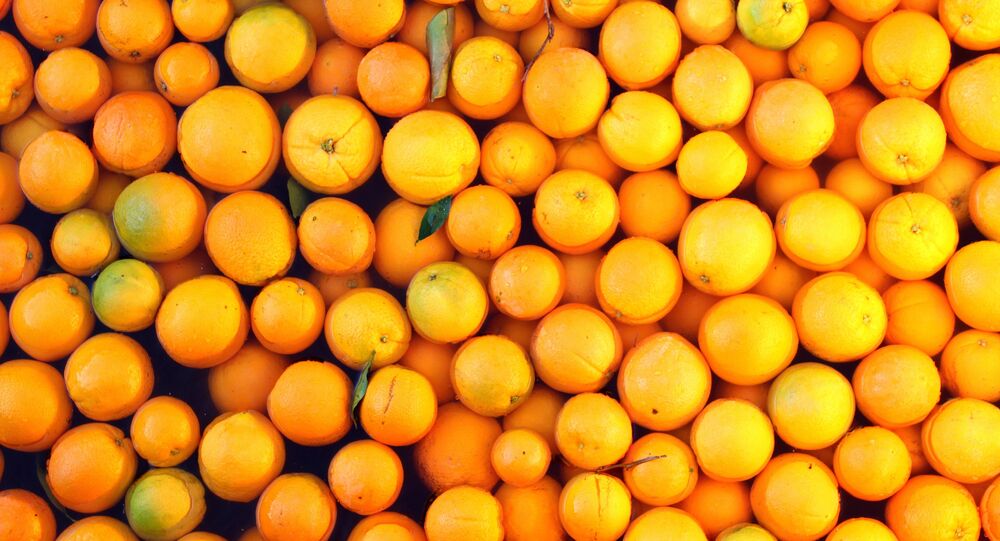 "As part of the Ministry of Agriculture's effort to expand economic ties between Iran and Russia, a few days ago, 500 trucks with food and fruits were sent to the Russian Federation," Ansari said, noting that the vehicles' rout lies through Azerbaijan.

© AFP 2019 / HENGHAMEH FAHIMI
Russia May Reduce Duties on Iranian Agricultural Imports - Economy Minister
Ansari added that another group of trucks with dairy and meat products would be sent to Russia in late January.

Moscow and Tehran have long been developing bilateral economic relations. The cooperation intensified after Russia imposed food ban on Turkey among other economic measures, following the downing a Russian Su-24 bomber by the Turkish Air Force over Syria.