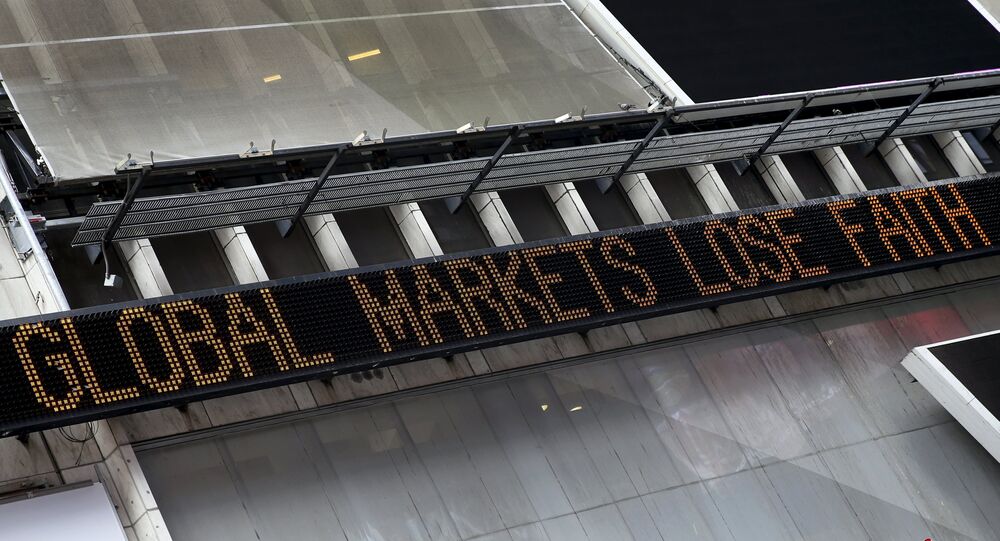 As the Chinese central bank has evaluated state currency and oil prices have reached a 12-year low, concerns that the new global economic crisis is unwinding arouse, US media reported citing George Soros, one of the world's most successful businessman and investor.

The MSCI All-Country World Index had a 5.2 percent decline in the first four days of 2016, becoming the worst start to a year ever, Bloomberg reported.

Yousef Abbasi, a market strategist, outlined that China devaluated the yuan before the start of trades in global equities this year. According to Bloomberg, by doing this the Chinese establishment tried to revive the country's slowing economy.

"When you start to worry about growth, you have crude oil down and it all ties together. It's the new year and people are scratching their heads, they're not quite ready to buy the dip," he told Bloomberg.

Krishna Memani, Chief Investment Officer at Oppenheimer Funds, outlined that China lacks experience in controlling equity markets and its ham-fisted activities make the overall state of affairs "far worse than it needs to be."

© CC BY-SA 2.0 / Sergio Russo / Green Oil
‘Turning Point': World May Witness Lowest Oil Price Ever in 2016
So far, the situation with China has caused concerns that the world may soon approach a period of new crisis. And a row of factors indicate that the global economy is now slowing down.

Global equities have so far lost $2.5 trillion amid fears over China's slowdown that could trigger an economic crisis. The Shanghai Composite Index plunged by 7.3 percent, Hang Seng China Enterprises Index decreased by 4.2 percent, showing the worst result since 2011.

The US crude prices have fallen to $30 a barrel, heightening alarms that some energy producers will lose their solvency.

Mining industries have faced harsh declines as well. For instance, copper has for the first time since 2009 reached the $2-a-pound level.

Over the first four days of 2016, stocks of developing nations have shown an average decrease of 2.9 percent, appearing to be the worst result since 2009.

US Interest Rate Hike Could 'Bring Risks' to Some Emerging Markets