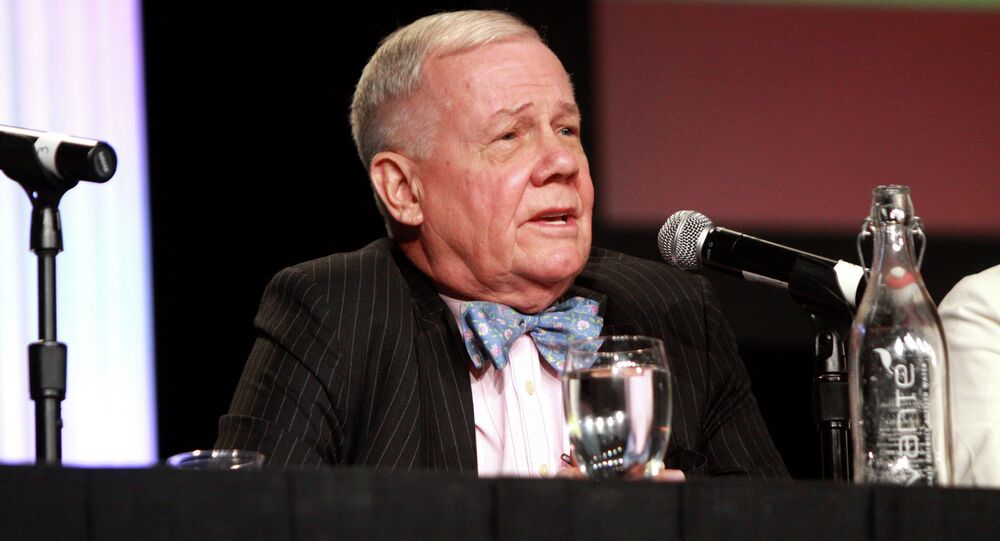 The downward trend in global oil prices reflects severe financial problems in the global economy that began nearly 10 years ago with the financial crisis in the US, American investor and author Jim Rogers said.

"We’re going to pay for the prices of the excesses of the past 8 or 10 years and everything is going to go down more than it should. Whenever you have something go down, it usually overshoots to the down side; just like when things go up they go up too much," Rogers told RT.

The businessman warned that any panic in the marker could drive oil prices down to new low records.

Without giving any outlook, he said that the downward trend will stay and prices may go even "lower than anybody could conceive."

At the same time, he assumed that in the future oil prices are likely to jump, as for many companies the price of oil is making staying in business too expensive.

"They are definitely going to go up in the next few years because supply is going to dry up. Drilling is drying up; everything is drying up, and so you’re going to have much higher oil prices in the future," Rogers said.

Rogers noted that China, which needs a lot of oil to keep its massive economy working, is watching the developments in the dispute between Saudi Arabia and Tehran. Despite the fact that China is neutral in the ongoing tensions in the Middle East it may hold the key to resolving many of the region’s problems.

"China certainly does not want a war to erupt between Iran and Saudi Arabia, and China is seen as much more neutral than anybody else. America is not neutral; the Europeans are not seen as neutral. […] If anybody can calm things down it’s probably China," he concluded.