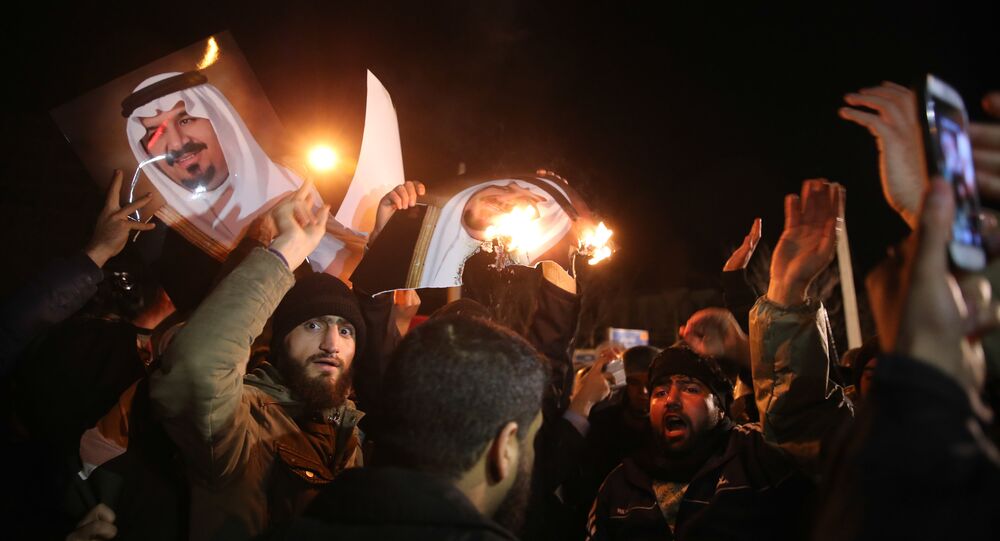 Saudi Arabia's decision to cut off economic relations with Iran would have a negative impact on the kingdom, not on Tehran, Iranian Deputy Minister of Industry, Mine and Trade Mojtaba Khosrotaj told Sputnik on Tuesday.

TEHRAN (Sputnik) – A diplomatic row erupted late Sunday after Riyadh severed its ties with Tehran over attacks on its diplomatic missions in Iran, triggered by the execution of a prominent Shiite cleric by the Sunni-ruled kingdom.

“Iran will not be affected by the severance of economic relations with Saudi Arabia, but they themselves will feel an impact from this decision,” Khosrotaj said.

According to the deputy minister, the volume of Iranian export to Riyadh in the first half of 2015 stood at $132 million, while the import accounted for only $40 million.

© Flickr / Stephen Downes
Saudis Seek Chaos to Cover Terror Tracks
Iran mainly exports food to Saudi Arabia and imports oil products, Khosrotaj said, adding that while the petrochemical products can be “easily replaced by supplies from other markets,” Saudi Arabia would lack goods on its market.

On Saturday, Saudi Arabia executed 47 individuals after convicting them of terrorism charges, including prominent Shiite preacher Nimr al-Nimr, despite the cleric’s reputation for peaceful opposition to the nation’s Sunni-dominated government. Tehran, as well as many other regional and international powers and watchdogs, has condemned the move.