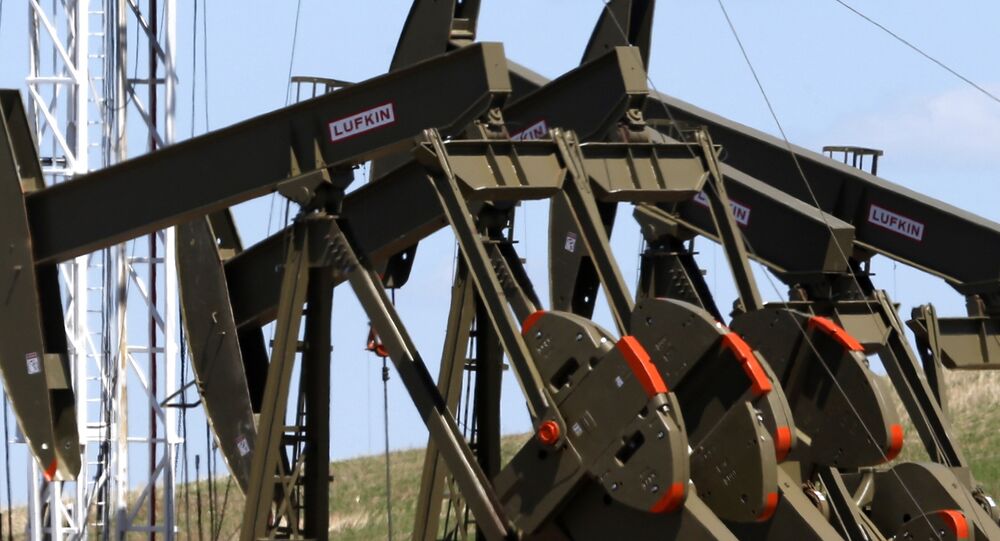 Oil prices could stabilize toward the end of 2016, but would remain relatively low, according to the chief executive of BP oil company, Bob Dudley.

MOSCOW (Sputnik) — Global oil prices will reach a "low point" in the first quarter of 2016 before stabilizing by the end of the year,  the chief executive of BP oil company, Bob Dudley, said Saturday.

"A low point could be in the first quarter," Dudley told BBC radio.

According to Dudley, prices could stabilize toward the end of 2016, but would remain relatively low.

© AFP 2021 / YOUSSEF KARWASHAN
Another Year 2016 Forecast: Assad Stays, Merkel Leaves, Oil $50 per Barrel
"Prices are going to stay lower for longer, we have said it and I think we are in this for a couple of years. For sure, there is a boom-and-bust cycle here," Dudley said.

Oil prices fell by 34 percent in 2015, majorly due to prolonged global oversupply. Brent crude reached an 11-year low in December.

The continued fall of oil prices has also been attributed to the Organization of the Petroleum Exporting Countries' (OPEC) unwillingness to cut production out of fear of losing market share.