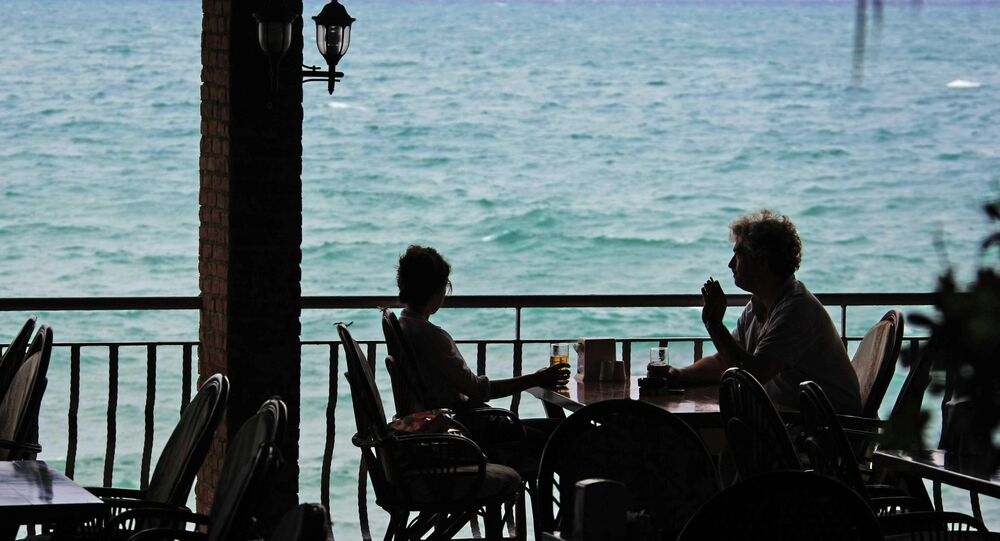 The number of tourists from Russia and some European states to Turkey significantly declined in the first 11 months of 2015, according to the Turkish Tourism Ministry statistics data released Tuesday.

© Sputnik / Vladimir Vyatkin
Paying the Price: Turkey Shot Down Its Tourism Along With Russian Su-24
MOSCOW (Sputnik) — According to the statistics bulletin, the number or Russian arrivals to Turkey dropped by nearly 18 percent to 3.6 million people for the first 11 month of 2015. During this period, Russian tourists accounted for about 10 percent of the total tourism flow to Turkey.

The number of arrivals from France, Spain, Italy and Hungary dropped by about 18, 15, 26 and 19 correspondingly, according to the bulletin.

According to the ministry, a total of 34.8 million people visited Turkey in the first 11 months of 2015, which is 500,000 less than in 2014. According to the the World Travel & Tourism Council (WTTC), based on its direct, indirect, and induced Gross Domestic Product (GDP) impact, travel and tourism generated 12 percent of Turkey’s GDP in 2014.

The Hurriyet Daily News reported, citing some local tourism industry representatives, that the decline in number of tourists from Russia was mainly due to Russia's economic difficulties, while European tourists started to avoid visiting Turkey due to security reasons.