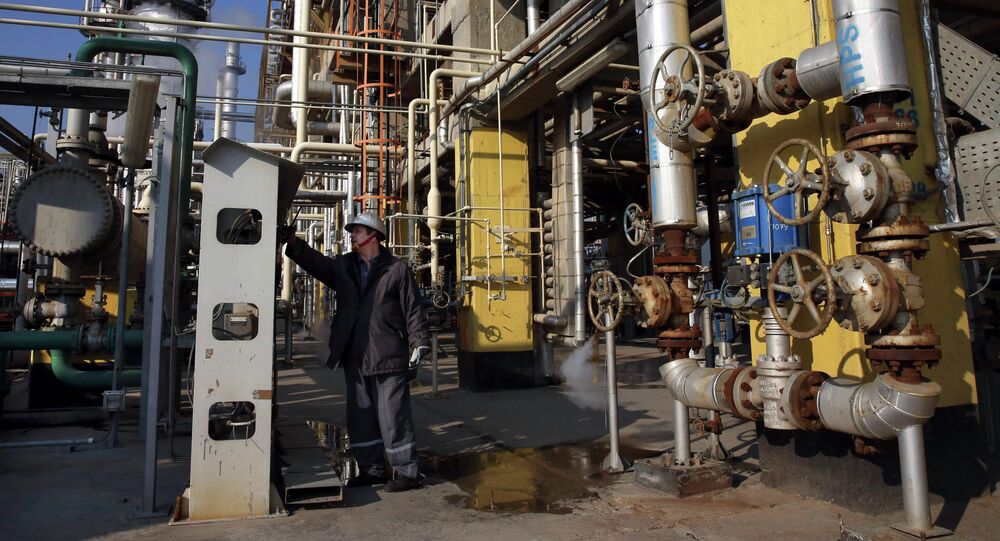 MOSCOW (Sputnik) — According to Zangeneh, the crude oil price assumption was calculated to be as realistic as possible, with volatility in the oil market expected to continue into next year.

"There have been efforts to suggest in the budget the closest and most possible price for oil, though the market is usually in fluctuations," Zangeneh was quoted as saying by the local IRNA news agency.

The petroleum minister also underscored that the government did not intend to liberalize the price for petroleum products.

© AP Photo / Vahid Salemi
Oil Prices Reach 11-Year Low Amid Oversupply-Driven Slump
On December 4, an OPEC summit closed in Vienna with no changes to the organization's 30-million-barrel daily production quota. OPEC Secretary General Abdalla Salem Badri cited the uncertainty over Iran's expected output as a major factor preventing a decision from being taken. Iran is expected to ramp up its production once international sanctions are lifted from the country.

Oil Prices Could Reach $100 in 2016 Over OPEC Concerns, Activities