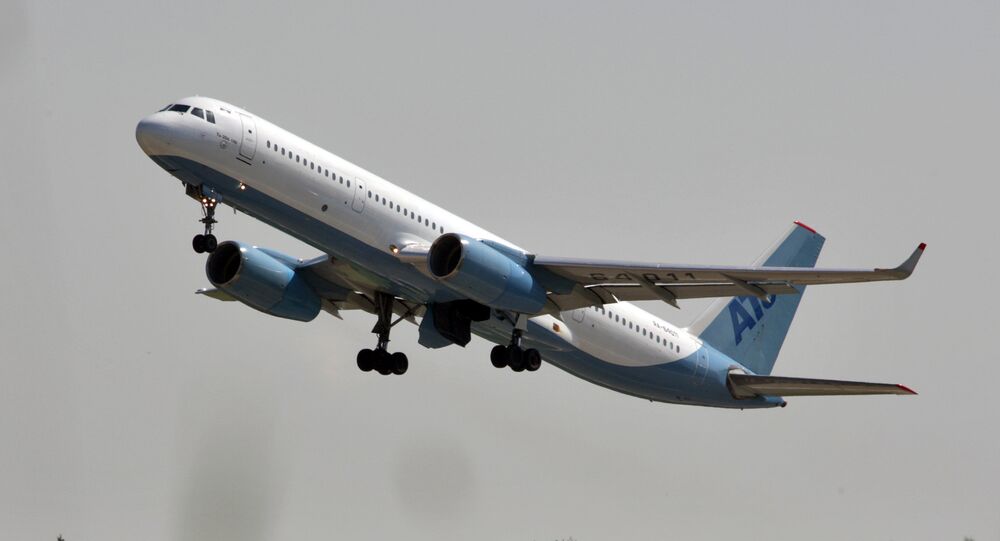 Moscow and Tehran started talks on a possible delivery of 15 Russian Tu-204SM aircraft to Iran.

"The Russian side is ready to offer Tu-204SM aircraft to our Iranian colleagues. Currently, talks are proceeding with the Iranian Kish Airlines on the supply of 10-15 planes of this type," the ministry said after a meeting between the ministry's head, Denis Manturov, and Iranian Minister of Industries and Business Mohammad Reza Nematzadeh.

© Sputnik / Mikhail Voskresenskiy
Iran to Purchase Russian Satellite Equipment, Superjet in $21Bln Deal
The two ministers met in Tehran a day after the opening of the three-day Russia-Iran Trade and Industrial Dialogue in the Iranian capital. Manturov is heading Russia's delegation to the event, where Russian companies are showcasing their export and investment potential. The event is set to be attended by several Iranian ministers, including the defense, communications and agriculture ministers, according to the exhibition's website.

During the meeting with Nematzadeh, Manturov stressed the positive experience of August's International Aviation and Space Salon 2015 held in the Moscow Region, where Iran's Taban Airline and Zagros Airlines expressed interest in the Sukhoi Superjet 100.

According to earlier reports, Russia's United Aircraft Corporation has plans to resume cooperation with Iran on the supply of the Tu-204SM airliner after the 2008 suspension of trade due to the imposition of economic sanctions on Iran by the international community.